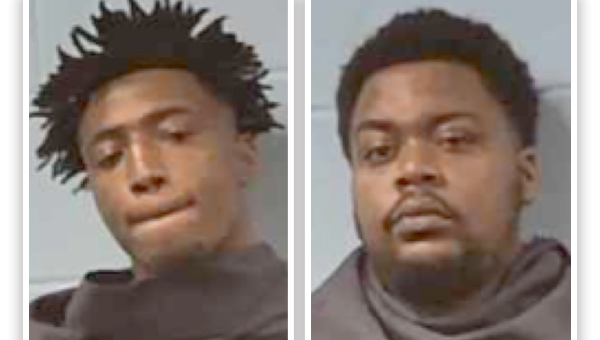 Monday, at 2:10 a.m., officers stopped a vehicle on Halls Ferry Road near Evelyn Street. During the stop, officers found marijuana and ecstasy inside the vehicle.

During their initial court appearance, Carson received a $30,000 bond, while Johnson’s bond was set at $80,000. According to department officials, Johnson received the felony trafficking charge and higher bond amount due to the amount of ecstasy he claimed was his.