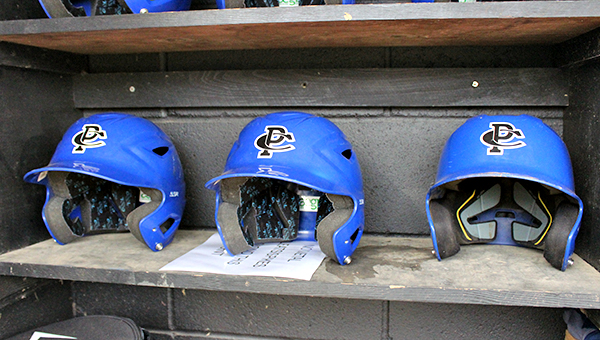 Porter’s Chapel Academy waited an extra couple of days for its next shot at Centreville Academy.

Payton Jones went 3-for-4 with one RBI and two runs scored, Josey Wales had two hits and scored two runs, and Centreville beat PCA 10-3 on Monday to complete a two-game sweep of their first-round series in the MAIS Class 2A baseball playoffs.

Centreville Academy (9-11) advanced to face Claiborne Academy in a second-round series that begins Tuesday. PCA finished the season with an 8-14 record, but made its first playoff appearance 2015 with a lineup that included seven freshmen.

Centreville won Game 1 last Tuesday, and then Game 2 was postponed for three days because of rain and wet field conditions. When the teams finally did get back on the field, Centreville jumped on top early and stayed in control the entire way.

The Tigers scored twice in the bottom of the first, and then in every inning except the second. They used five PCA errors, seven hit batters and a balk to score in double digits despite having a modest eight hits.

PCA, meanwhile, was unable to take advantage of seven Centreville errors and six walks. The Eagles left nine runners on base and only had two hits.

All of PCA’s runs came in the fourth inning. Jace Riggs reached on an error and scored on a ground out by Brayson Morson. A bases-loaded walk and a passed ball brought in two more runs and trimmed Centreville’s lead to 4-3. They didn’t get any more runs, though, and Centreville steadily pulled away in the later innings.

Warren Central 11, Natchez 1
Ismael Trujillo went 2-for-4 with four RBIs, Jack Wright scored three runs and drove in one, and Warren Central (8-16) defeated Natchez for its fourth win in a row.

Blake Channell also went 2-for-3 with one RBI and one run scored.

Kylan Landers led Warren Central on the mound. He pitched a six-inning complete game, allowing one hit and no walks while striking out 10. Natchez’s only hit was a leadoff single by Zehlin Cornett in the second inning. Two errors in the fourth inning led to the Bulldogs’ only run.