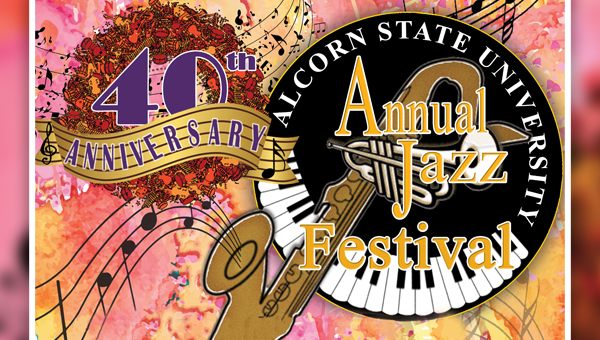 Vicksburg residents will be treated to a concert in the park Friday as part of the 40th annual Alcorn State University Jazz Festival.

The concert is from 4-7 p.m. at Washington Street Park. In the event of rain, it will be moved to The Vicksburg, 801 Clay St.

According to information from Alcorn State, the festival is split into three days beginning Thursday at 1 p.m. at the ASU Plaza on the Alcorn campus featuring a workshop by the Southeast Jazz All-Stars and a featuring the SouthEast Jazz All-Stars the ASU Jazz Combo and the Mississippi Jazz Educators.

The Friday concert is the second day of the festival, featuring performances by the SouthEast Jazz All-Stars, the ASU Jazz Combo and the Mississippi Jazz Educators.

The festival’s final day will be Oct. 16 at the Vicksburg Convention Center featuring performances by school groups from the southeast and the Mississippi Jazz educators, and a workshop and performance by the Cassandra Wilson Group.

Poll: Kimble has slight edge over Jackson, but voter turnout will sway runoff

In a recent poll conducted by The Vicksburg Post, Troy Kimble shows to have a slight advantage over Shawn Jackson... read more