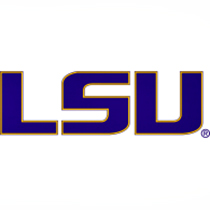 Jacob Gonzalez, Kevin Graham and Hayden Leatherwood all homered for Ole Miss (27-11, 9-7 Southeastern Conference), but the Rebels lost their fourth consecutive series opener. Game two of the three-game set is Friday at 6:30 p.m. at Swayze Field.

Ole Miss took its first lead Thursday in the sixth inning, when Gonzalez unloaded a two-run home run, his fifth homer of the year.

LSU (23-14, 5-11), however, struck for three runs in the top of the seventh as first baseman Tre’ Morgan delivered a two-out, RBI single before Crews blasted his 10th homer of the year to give the Tigers a 5-4 advantage.

Fontenot blanked the Rebels in the seventh and eighth innings, but walked Hayden Dunhurst to begin the bottom of the ninth. Justin Bench followed with a single to give the Rebels runners at first and second with nobody out.

Fontenot then fanned designated hitter Calvin Harris to end the game and preserve the victory for the Tigers.

Diamond retired 11 straight batters at one point, and was also able to escape a first-inning jam. Ole Miss committed three errors in the top of the first that led to two runs for LSU. Diamond wound up with a no-decision. Reliever Taylor Broadway (3-1) pitched the last three innings and took the loss.

For the first time in 20 years, Warren Central’s softball team played its final game of the regular season with... read more