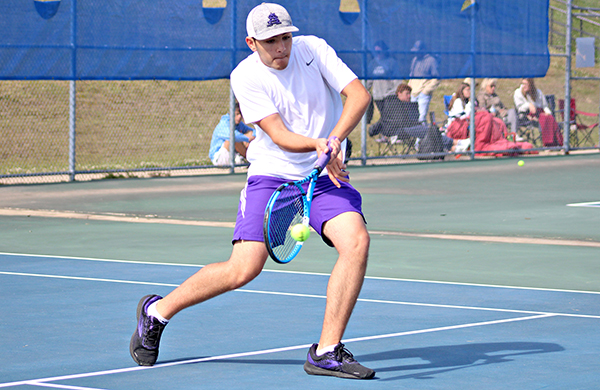 St. Aloysius posted a triple-double in the MAIS District 3-4A tennis tournament.

The boys’ No. 1 doubles team of Noah Taylor and Ryan Davidson, girls No. 1 team of Taylor Chewning and Ashley Jarratt, and girls No. 2 team of Logan Young and Ali Blackburn all won their respective district championships Thursday at Halls Ferry Park.

Chewning and Jarratt, both seniors, continued their excellent doubles partnership for one more tournament by beating Hartfield Academy’s Jill Sullivan and Cori Murphy in the No. 1 girls’ doubles final. Chewning and Jarratt have won three consecutive state doubles championships, two from the No. 2 position and the last at No. 1 in 2019.

Young and Blackburn defeated Hartfield’s Reagan Williams and Andy Waterburry for the No. 2 girls doubles title.

Woods lost to Hartfield’s Macie Shelton in the No. 2 girls singles championship match.

Other players who advanced to the Class 4A South State tournament were:

• In No. 2 boys doubles, the Central Hinds tandem of Jordan Jeffries and Jacob Brady knocked off Hartfield’s Keagan Williams and Jonah Caldwell.