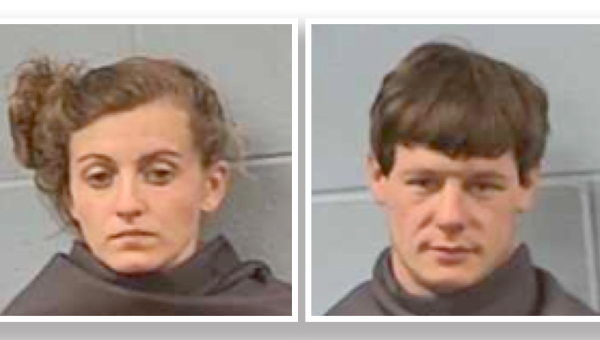 A traffic stop on Warrenton Road Tuesday led to the discovery of methamphetamines and the arrest of two people.

During the traffic stop, officers found 5 grams of methamphetamine in the vehicle occupied by Summer Page, 25, of Tallulah, and Justin Ballard, 28, of Vicksburg. Both were arrested and charged with possession of methamphetamine.

During their initial court appearance Tuesday afternoon, both received a $15,000 bond and had their cases bound over to the grand jury.