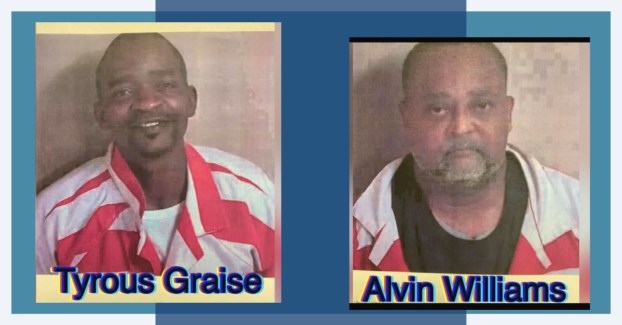 Tyrous Graise and Alvin Williams have been charged for allegedly burglarizing the Claiborne County Road Department.
The burglary was reported Monday around 9:30 a.m. Graise and Williams allegedly gained access to the Road Department building by cutting through a fence on the property and then proceeded to enter the tool room and steal “several items,” including a generator and a pressure washer. Officers with the Claiborne County Sheriff’s office were able to identify Graise and Williams through surveillance footage.
Graise was charged with burglary of a commercial building while Williams was charged with accessory after the fact. Both subjects were arraigned on Thursday at 1:00 p.m. Graise was denied bond. Williams’ bond was set at $10,000. All stolen items were recovered and returned.