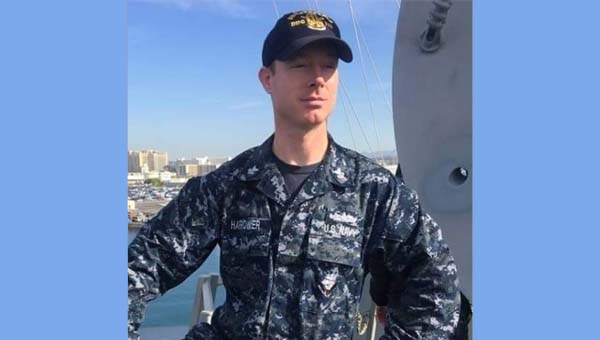 CPO Nathaniel George Harrower, age 39, of Marysville, Michigan passed away peacefully on April 16, 2021 after a courageous battle with cancer. He was born February 11, 1982 to Michael and Brenda Harrower.

Nate proudly served his county with the U.S. Navy, retiring in 2020 after 20 years of service as a Chief Petty Officer. Most of his career was spent at sea where he was able to travel the world. During his service he made many lifelong friends. Nate enjoyed fishing, woodworking, participating in marathons and the time he spent with family and friends.