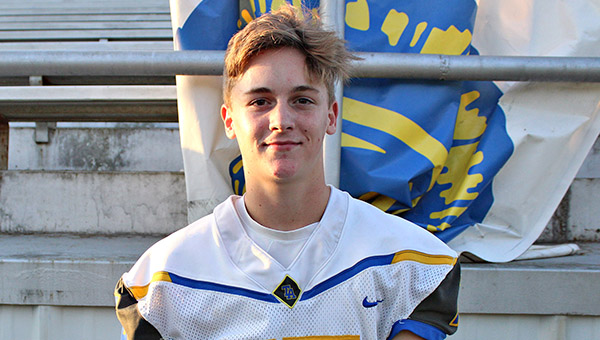 Tallulah Academy's Todd Etheridge went 3-for-4 with three RBIs and two runs scored in a 7-0 win over Prairie View in Game 1 of their MAIS Class 1A baseball playoff series on Thursday.

Tallulah Academy closes in on trip to Class 1A championship series

Tallulah Academy is one win away from finally punching its ticket to a baseball state championship series.

Todd Etheridge went 3-for-4 with three RBIs and two runs scored, Paul Michael Machen had three hits and drove in a run, and Tallulah Academy beat Prairie View 7-0 in Game 1 of the MAIS Class 1A South State championship series on Thursday.

Tallulah (23-1) ran its winning streak to 22 games, and can advance to the Class 1A finals by winning again on Friday night. Game 2 of the best-of-three series is scheduled for Monday at 4 p.m. in Tallulah, and if a Game 3 is needed it will follow immediately afterward.

Tallulah reached the Class 1A semifinals in 2018 and 2019 before losing, and missed its chance to break through when the 2020 playoffs were canceled because of the COVID-19 pandemic. The Trojans have been on a mission this season, and beat their district rival Prairie View for the fourth time on Thursday.

Etheridge scored Tallulah’s first run, when he led off the game with a walk and eventually scored on an error. He added a two-run double in the second inning, and Walker Sullivan also hit an RBI single, as the Trojans extended their lead to 4-0.

Etheridge also singled and scored on a base hit by Kayne Romero in the sixth inning, and hit an RBI single in the seventh.

Romero was the other star of Game 1 for Tallulah. He went 3-for-4 with one RBI and one run scored at the plate, and backed it up with four solid innings pitching. Romero allowed three hits and two walks, and struck out five.

Dee Morgan pitched the last three innngs and allowed one hit while striking out four.