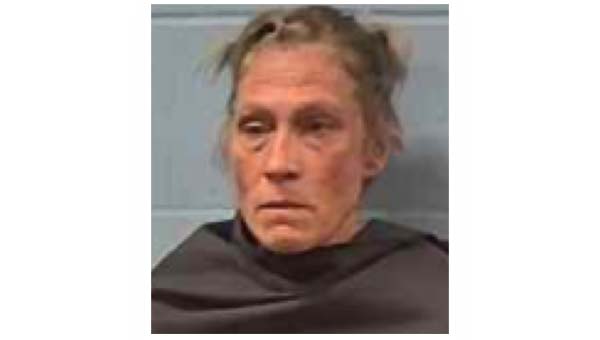 A traffic stop early Thursday led to the arrest of a Vicksburg woman on drug and weapons charges.

Jamie Chaloux, 43, of Vicksburg, was arrested Thursday at 3:10 a.m. after the vehicle she was driving was stopped for a traffic violation on North Frontage Road.

When Vicksburg Police Department officers searched Chaloux’s vehicle they found approximately 2 grams of methamphetamine and a .380 caliber handgun. Chaloux was charged with one count of possession of methamphetamine and possession of a firearm by a convicted felon. She appeared before Judge Angela Carpenter in Vicksburg Municipal Court on Thursday, where she received a $60,000 bond and was bound over to the Warren County Grand Jury.

In other crime reports:

• Wednesday at 4:41 a.m., officers responded to the Carr Central Apartments, 1805 Cherry Street, for a report of theft. The victim reported the front passenger-side window of his 2019 Black Dodge Ram was shattered and a maroon briefcase that contained personal documents, pictures, and his hard drive from a work computer were missing. The briefcase was retrieved a short time later and the victim advised that all the contents were still there.

• On Wednesday at 7:06 a.m., officers responded to an address in the 1700 block of Martin Luther King Boulevard for a residential burglary. The homeowners advised they left their residence on Tuesday due to a power outage, and when they returned home Wednesday a Nikon camera, a jar containing approximately $2,000 in coins, a few $2 bills, two rings, a circuit machine and two iPads were missing from their residence.

• Also Wednesday, at 9:30 a.m., officers responded to a burglary that occurred in the 2100 block of Fredrick Street. The residents advised three televisions and $200 were missing.