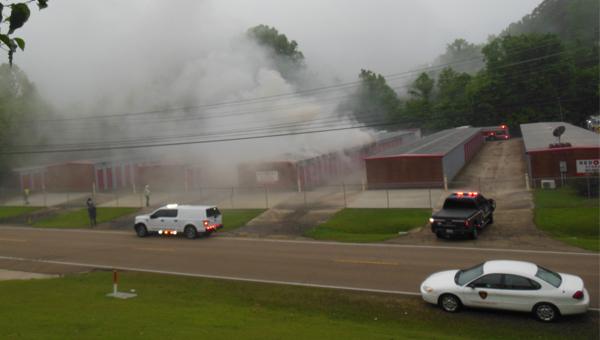 The fire occurred about 1 a.m. Monday. Danczyk said the fire began in one unit and spread to other units.

“There was heavy smoke when units arrived,” he said. “I would say maybe six to eight units had their contents lost or damaged due to heat, flames or smoke.”

Danczyk said some of the doors on the units were melted by intense heat, forcing firefighters to use saws to cut the door to get them open.

The cause of the fire and its point of origin were undetermined.