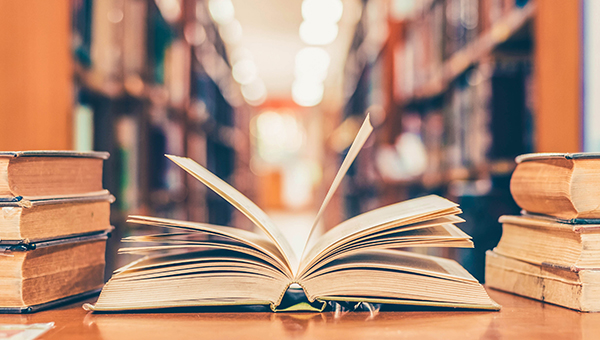 The latest Bibliophile Mystery from author Kate Carlisle is called The Grim Reader. On the heels of Brooklyn and Derek’s nuptials, the couple has been invited to be guests at Dharma’s first annual Book Festival. Brooklyn’s mom, Rebecca, is taking charge and the entire town is excited to be involved. When a greedy local businessman starts harassing Rebecca, Brooklyn jumps into protector mode and is ready to take him down. It seems the man is intent on destroying Dharma. On top of this animosity, one of Rebecca’s fellow committee members is found brutally murdered and the money for the festival has vanished. Brooklyn and security consultant Derek go on the offensive and set their sights on a spineless killer, but will they have to skip the festival for a funeral?

The Book of Candlelight is the latest in Ellery Adams’ A Secret, Book & Scone Society series. Nora Pennington, the owner of Miracle Books, figures that all the wet weather they’ve had this spring is at least good for business. One dreary day, Nora decides to visit the local flea market and she buys a bowl from Danny, a Cherokee potter. When the Miracle River overflows its banks the next day, Danny’s body is found in the rushing waters. Nora doesn’t believe it to be an accidental drowning, and when another body turns up, Danny’s death looks even less like an accident. When a crucial bit of information is found within the stone walls of the Inn of Mist and Roses, Nora and her friends are led through a maze of intrigue that has them hot on the trail of a murderer.

Book three of the Nelson Lane Frontier Mystery series from author C.M. Wendelboe is called The Marshal and the Mystical Mountain. U.S. Marshal Nelson Lane has had his fair share of unlikely allies: this time it’s a tabloid reporter who has gone missing trying to sneak into the Mystical Mountain hunting lodge. The lodge is nestled in the Big Horn Mountains of Wyoming, but there is more than hunting going on. Nelson dispatches his deputy Maris Red Hat as an undercover courtesan to find out what is going on with the wild parties for politicians and gangsters. More importantly, they need to find out why the women entertaining the guests keep turning up dead. Will the Mystical Mountain claim another victim when Nelson discovers the dark secret of the lodge?

Murder with Clotted Cream is the latest Daisy’s Tea Garden Mystery by Karen Rose Smith. Margaret Vaughn is a local girl who left long ago to pursue an acting career in New York. Now she has returned home with her multimillionaire husband in tow and has hired Daisy to provide afternoon tea for her theatre group. As Daisy busies herself around the historic farmhouse, she senses that all is not well in Margaret’s relationship. When she finds Margaret on the floor of the pantry, dead and covered in clotted cream, Daisy knows she’ll have to act fast. Can Margaret’s sister shine some light on potential suspects? Or will the victim’s past turn up the critical clue? With plenty of family drama of her own to deal with, Daisy has to muster all her wits to solve this one.

Egg Shooters is the latest in Laura Childs’ Cackleberry Club Mystery series. Suzanne Dietz, co-owner of the Cackleberry Club Café, always has goodies at her disposal. One night while bringing a late supper to her fiancée, Dr. Sam Hazelet, a masked gunman bursts into the emergency room and opens fire. Two people are shot and there may have been more bloodshed had Suzanne not beaned the gunman in the head with a thermos full of chili. Still, the gunman manages to escape. Why would someone do something like this in such a public place? Of course, Suzanne and the ladies of the Cackleberry Club take it upon themselves to investigate. Can they find the killer before he finds them?

Peggy Ehrhart’s latest Knit & Nibble Mystery is called A Fatal Yarn. The town of Arborville, New Jersey has been marking trees for removal so that they don’t interfere with power lines—a move fully supported by the mayor. An anonymous activist has been wrapping yarn around the red X’s on the tree trunks slated for removal. When the mayor is found murdered, Pamela Paterson wonders if the tree hugger upped the ante to protect the precious trees. A knitter is arrested, but it’s one of the Knit & Nibble’s own—Roland DeCamp, who was seen arguing with the mayor. Pamela is convinced that Roland had nothing to do with the murder, so she calls on her reporter friend Bettina to help her investigate. Can they root out the real killer before another body falls? 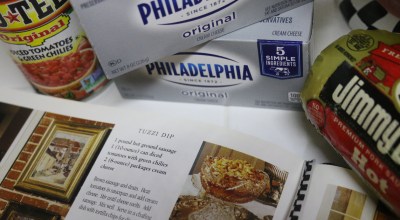 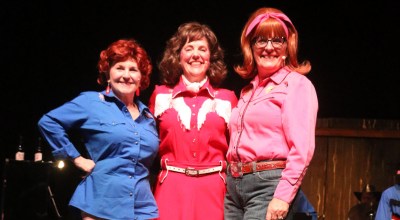 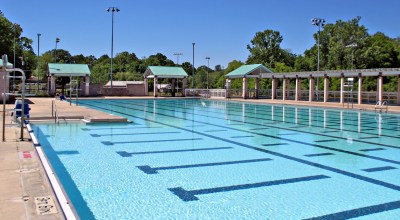