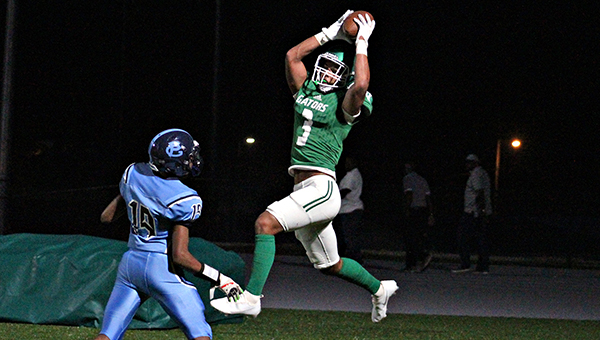 There’s always an interesting bit of symmetry that occurs with the high school sports season, in that it ends where it begins.

We started last August with football — OK, technically there were some softball and volleyball games before that, but the year doesn’t really begin until a pigskin is in the air — and finished this week with spring football. The spring games for Vicksburg on Thursday night and Warren Central on Friday were the final events on the local 2020-21 calendar.

This has, of course, been one of the strangest sports years ever. Nine months ago there was a very real possibility that there might not even be a sports year. We were still trying to figure out how to deal with COVID-19, limiting fans, social distancing and all the rest.

Warren Central and Vicksburg played in a preseason football jamboree that fans were not allowed to attend. A week later, officials cautiously allowed 150 tickets to be sold for the Red Carpet Bowl.

On Thursday night, a few miles across town and what felt like a hundred years later, there were about a thousand people packed into the stands at Memorial Stadium to watch a spring jamboree featuring Vicksburg, Port Gibson and Wingfield. Far from the fear and caution of last summer, there was a buzz in the crowd that seemed happy and optimistic — and not just because Vicksburg was whipping up on its opponents.

The journey between those points has been awkward and difficult. Seasons started, stopped, started again, and even ended as waves of positive COVID tests rippled through schools. The specter of a small outbreak at the wrong time has hung over every high school team in Mississippi.

The outbreaks that did occur were isolated, however. A second shutdown that was rumored in December never came to pass.

As vaccination rates rose and COVID cases eased in the spring, so too did our fear and tension. Rainouts once again replaced virus-outs as the leading cause of postponed events. And there, on Thursday, we were right back where we started — not in August 2020, but February 2020, when no one was an expert on virology.

The caution now is whether we can keep from going back around the circle. Standing there on Thursday, breathing in unfiltered air and hearing a crowd cheer on the home team, feeling the energy not just from the fans but from life itself, was certainly proof that one trip around was enough.