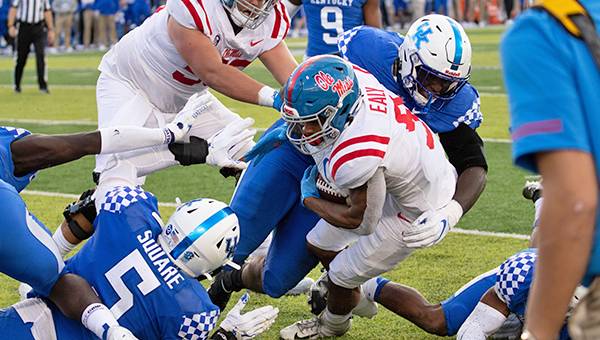 ESPN announced Tuesday the start times for four opening-weekend games on its television schedule, including the Rebels’ opener against Louisville in the Chick-fil-A Kickoff in Atlanta.

Ole Miss and Louisville will play on Labor Day night, Sept. 6 at 7 p.m. in Mercedes-Benz Stadium. It will be the first-ever meeting between the two programs.

The ABC Saturday night matchups for the next two weeks of the season will be Washington at Michigan on Sept. 11 and Auburn at Penn State on Sept. 18.

This year’s MEAC/SWAC Challenge will be on Aug. 28 and will feature North Carolina Central vs. Alcorn State in primetime on ESPN.

The Cricket Celebration Bowl, in its seventh year, will be played Dec. 18, at Mercedes-Benz Stadium in Atlanta.

PEARL — Mississippi Braves fans can breathe a little bit easier and get closer to the action at games at... read more