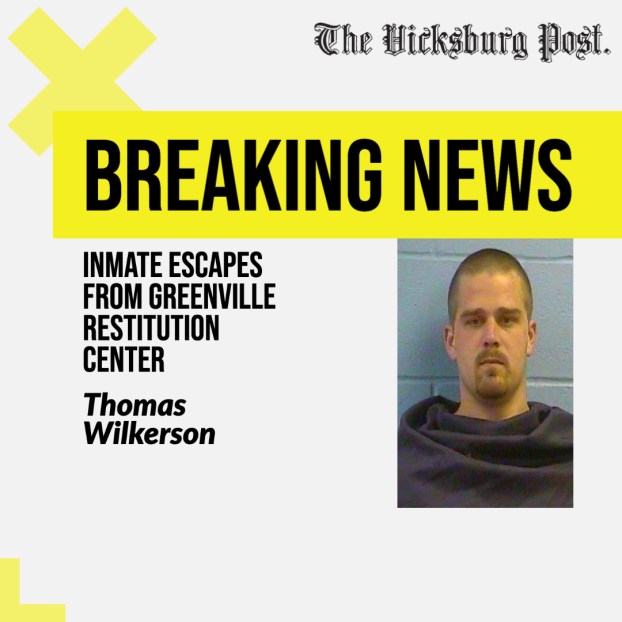 Editor’s Note: This is a developing story and will be updated as more information becomes available.

An inmate whose last known address is in Vicksburg has escaped from custody of the Restitution Center in Greenwood.

Since escaping, Wilkerson has been entered into the NCIC system.

Wilkerson last made headlines in 2017, when he led police on a chase and Body-slammed a Warren County Sheriff’s Department K9 officer.

Those with any information about Wilkerson’s whereabouts are urged to contact their local law enforcement agency.

Correction: A previous version of this story listed Wilkerson at the Greenville Restitution Center.

A boil-water notice has been issued for customers in the Culkin Water District, following a water line break. The precautionary... read more