Plenty up for grabs as SEC enters final weekend 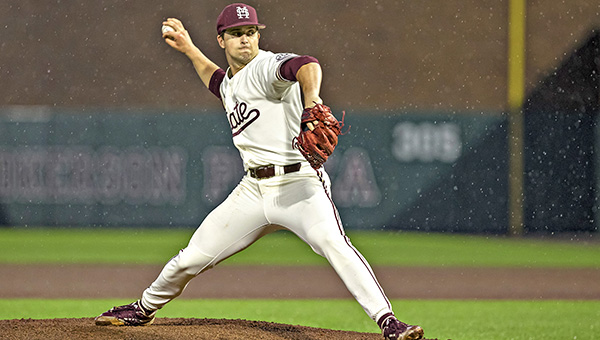 With a rare Sunday off last weekend, Mississippi State coach Chris Lemonis said he did everything he could to take his mind off of baseball for a day.

“I worked in the yard, I ran errands, and I watched ‘The Hunger Games,’ the whole trilogy because I just couldn’t watch college baseball on Sunday,” Lemonis said.

His movie choice might have been prophetic. The final weekend of the Southeastern Conference season is shaping up to be a high stakes, every-man-for-himself brawl.

Whether it’s chasing a top-four seed in the league’s upcoming tournament, gaining a more favorable matchup, or still trying to play their way in, every team had something to play for when the final weekend of the regular season began Thursday night.

Ten of the SEC’s 14 teams have clinched berths in the conference tournament, including Ole Miss and Mississippi State. Seven teams, however, still have a chance to earn one of the four top seeds that would allow them to avoid playing in the single-elimination round on Tuesday.

The different possibilities and permutations led Lemonis to say the easiest thing to do is just play ball and let the rest sort itself out.

“I may be wrong, but I don’t think there’s a coach in our league that sits down and lays out the scenarios. It’s too much,” said Lemonis, whose Bulldogs will play at Alabama this weekend. “I’m old school, and maybe it’s coach speak, but I just told the team let’s have a good practice so we can play good baseball on Thursday. Let’s get Thursday night and take care of it. I know it’s a big deal to everybody, but we really can’t control any of that.”

No. 1 Tennessee plays at South Carolina, and Florida is at Arkansas, so the two leaders can knock out a couple of the challengers or throw the door wide open for them.

“Those guys (South Carolina) have put that team this year in the conversation of who might be in Omaha. They’re certainly as much of a contender as anyone in our league,” Tennessee coach Tony Vitello said. “They seemed to put together a great weekend last weekend on the road at Kentucky, so it’ll be the same as every other weekend. It’s going to be a pain in the butt for everybody, and by Saturday you’ll be exhausted.”

“We’ve got a job to do this weekend at Texas A&M,” LSU coach Paul Mainieri said. “They’re going to play us really tough, and we know we need to be ready. We’ve got to play really well in order to win games against them. Our kids have a positive mindset and will play this weekend with confidence. We’ll just take each game one at a time and leave it all out on the field.”