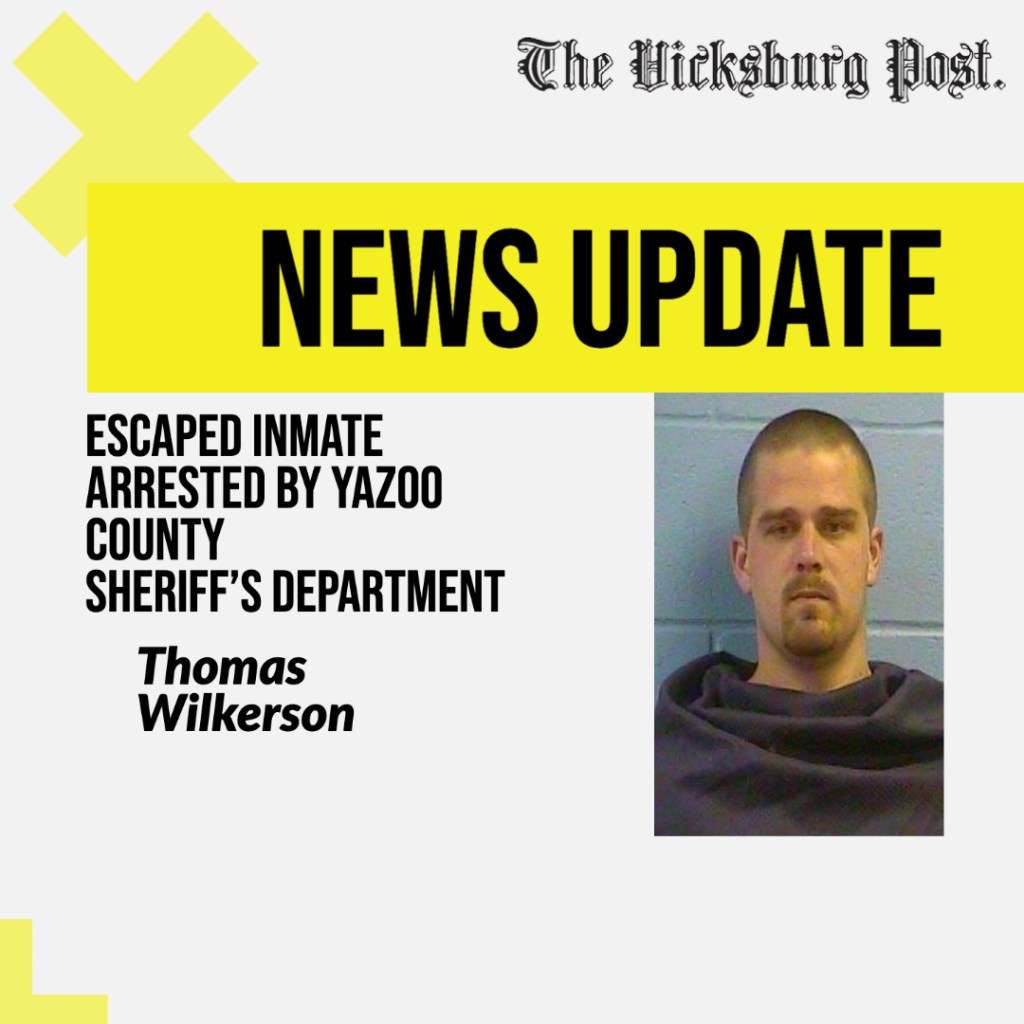 Thomas Wilkerson, who escaped from a Mississippi Department of Corrections restitution center in Greenwood Wednesday afternoon, was arrested Wednesday night in Yazoo County.

Terry Gann, chief investigator for the Yazoo County Sheriff’s Office, said deputies arrested Wilkerson, who is from Warren County, and another inmate about 8 p.m. Wednesday as they were walking down a road in the county.

“He was headed south,” Gann said. “The deputies were in unmarked cars looking for them.”

According to reports, Wilkerson left his job site without approval Wednesday morning and had not returned as of 5 p.m. After his escape was reported, his name was entered into the NCIC system.

Wilkerson last made headlines in 2017, when he led police on a chase and body-slammed a Warren County Sheriff’s Department K9 officer.

Correction: A previous version of this story listed Wilkerson at the Greenville Restitution Center.