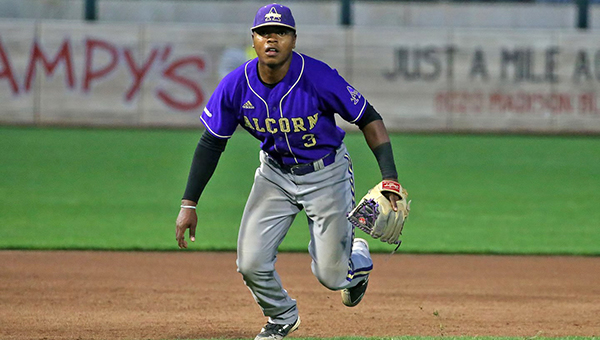 Alcorn State third baseman Tyler Daniels moves in off the dirt during a first-round SWAC Tournament game against Prairie View A&M on Wednesday. (Courtesy of the Southwestern Athletic Conference)

MADISON, Ala. — Alcorn State only had one big trick up its sleeve at the Southwestern Athletic Conference baseball tournament.

The Braves stayed alive by beating Alabama State for the first time in seven years on Thursday, but ran out of steam Friday and were eliminated with a 10-5 loss to Southern University.

The Jaguars advanced to play another elimination game against Prairie View A&M on Friday night, while Alcorn’s season ended with a 7-20 record.

Southern is trying to win its second consecutive SWAC championship. It won the league tournament in 2019, and last year’s event was canceled because of the COVID-19 pandemic.

Alcorn’s last — and only — SWAC tournament championship was in 2011. 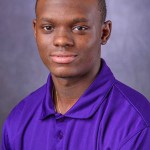 The teams traded runs at a furious pace early on. A sacrifice fly by O’Neill Burgos left Southern ahead 6-4 after four innings.

The teams settled in a bit after that, until Southern blew it open with two runs in the seventh inning and two more in the eighth. Frank hit a two-run home run to put the Jaguars ahead 8-4, and added a sacrifice fly in the eighth inning. Tremaine Spears also hit an RBI single in the eighth.

Porter, Spears and Frank, the Nos. 4, 5 and 6 batters in Southern’s lineup, combined to go 8-for-10 in the game, with five RBIs and seven runs scored.

Offensively for Alcorn, former Vicksburg High star Tyler Smith was 2-for-3 with one stolen base, one walk, and two runs scored. He also had a hit and scored two runs in a 3-2 win over Alabama State on Thursday.

Tristin Garcia, who entered the tournament ranked No. 2 in the country in batting average, had two more hits, drove in one run and scored one.