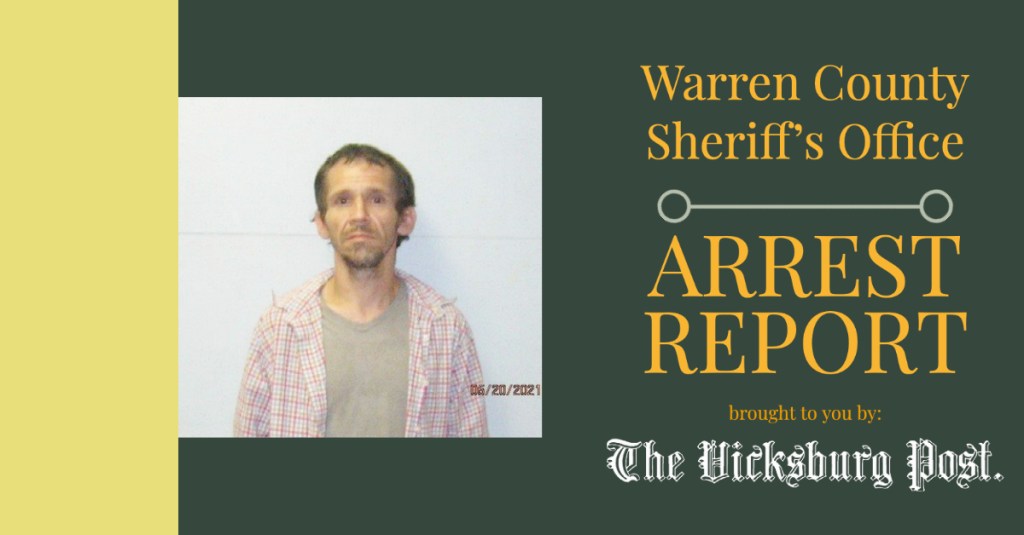 Derek Patton Murphree, 38, of Jackson, is in the custody of the Warren County Sheriff’s Office after being charged with armed robbery.

At 8:28 p.m. Thursday, 911 dispatchers received a call that a robbery had just taken place at a convenience store located in the 1700 block of Highway 27. The store’s attendant reported that a white male armed with a revolver had just robbed the store and left in a U-Haul rental van.

Minutes later, Detective Sam Winchester and Deputy Sean McElroy, who were responding to the scene, met a vehicle fitting the description on Highway 27.

At 8:36 p.m., the suspect was taken into custody. The cash stolen from the store and the weapon used in the robbery were recovered. Murphree is charged with armed robbery without bond.

This is a developing story. The Vicksburg Post will add more updates as they become available.