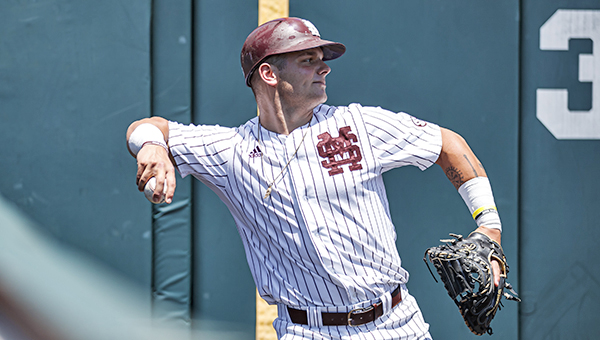 The latter part of May is always a difficult time, professionally, for me.

The high school sports season is over, as are most of the spring youth sports seasons, and there’s about a three-week gap until the summer season begins. We’ll have our track, softball and baseball all-county teams, but those are a couple of weeks down the line.

The only thing that’s really going on is college baseball. Because we focus so much on the local sports scene here in Warren County and there are only so many hours in the day, the college teams sometimes get overlooked.

That will change soon, but coming in at the tail end of the season like this is like parachuting into a strange land. You see things for the first time that others picked up on long ago, and wonder how we got here.

After landing somewhere in left center field in the eighth inning, here are a few things I’ve noticed:

• Mississippi State is loaded with Tanners. Tanner Allen starts in right field and Logan Tanner at catcher. Former Central Hinds star Tanner Leggett is starting to get a lot of playing time as a utility infielder. If they could find a place on the coaching staff for 1980s Pittsburgh Pirates manager Chuck Tanner they’d be able to fill out the Bingo card.

• Speaking of Mississippi State, Bulldogs pitcher and former Warren Central star Carlisle Koestler is the oldest player in the SEC. Because of redshirts, injuries and the extra year of eligibility from COVID-19, the 25-year-old is the only active player from the 2014 signing class.

• A pair of Mississippi players from the Southwestern Athletic Conference are among the NCAA leaders in batting average. Alcorn State second baseman Tristin Garcia ranks second with a .440 average and Jackson State third baseman Ty Hill is fourth at .433.

The national leader is Bryant’s Liam McGill, who is hitting .471.

• Southern Miss has one of the best pitching staffs in the country. It ranks No. 5 nationally in WHIP and No. 15 in earned run average. The Golden Eagles will be a dangerous team when the NCAA regionals begin.

Somehow, though, they did not warrant at least a token finalist for the C Spire Ferriss Trophy. Five finalists were announced for the award, which will be presented Monday, and all of them were from either Mississippi State or Ole Miss. All of the finalists are fine baseball players from two Top 25 teams, but it’s a travesty that voters did not include anyone from Southern Miss.

• Ole Miss has lost five of its nine SEC series this season, but still has a winning conference record. That math seems weird.

• Hinds Community College coach and Vicksburg native Sam Temple finished his long tenure in Raymond on Thursday with a 6-2 loss to East Central Community College in the NJCAA Region 23 tournament. He is leaving to become the head coach at Clinton High School.

Congratulations on a great career, Sam. We’ll see you down the road.