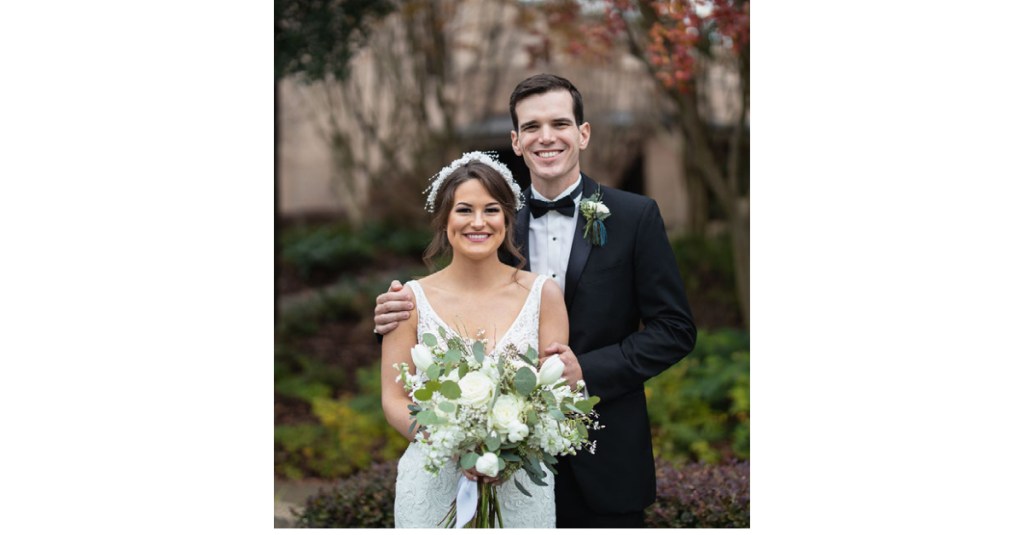 Clara Grace Turner and Christian Alexander Shirley were married at 6 p.m. on Dec. 5 at St. Richard Catholic Church in Jackson.

The bride was given in marriage by her father, Michael Allen Turner.

Honorary mother and father of the bride were Dr. and Mrs. James Wesley Cook of Vicksburg.

Ushers were Hunter Reed Hatcher of Cumberland, Va. and Dakota Ray Tate, brother-in-law of the groom, of Madison.

Program attendants were Katherine Ross Black of Birmingham, Ala., and Micah Lynn McPherson of Jackson.

The bride’s parents hosted a reception at the Faulkner in Jackson.

On the eve of the wedding, the groom’s parents hosted a rehearsal dinner at Albert’s at Parlor Market in Jackson.

A Bridal Luncheon was held the day before the wedding at Char Restaurant in Jackson and was hosted by the bride’s aunts, Angela Kestenbaum, Judith Martin and Jennifer Turner, and her cousin, Carys Turner.

An After Wedding Brunch was hosted the next morning by the bride’s parents for family and friends at Estelle Bistro in Jackson.

The couple was honored with an Announcement Party in Vicksburg at the home of Dani Kay and Gary Thomas. Hosts were Natalie and Bobby Bailess, Lisa and Sammy Childress, Jim and Naomi Cook, Lisa and Lee Grant, Brenda and Brett Hayes, Charolett and Greg Hayes, Cindy and Jamie Howington, Pat and Mike Humphries, Karen and Steve Mabry, Andrea Palmertree, Belynda and Howard Waring and Nan Miller and Tim Welp.

A Honey Do Shower for the bride and groom was held in Madison and was hosted by friends of the groom and his family.

A Bridal Shower was hosted by the bride’s coworkers from St. Dominic’s Hospital.

After a honeymoon to the Caribbean Island of Grenada, the couple is at home in Ridgeland.