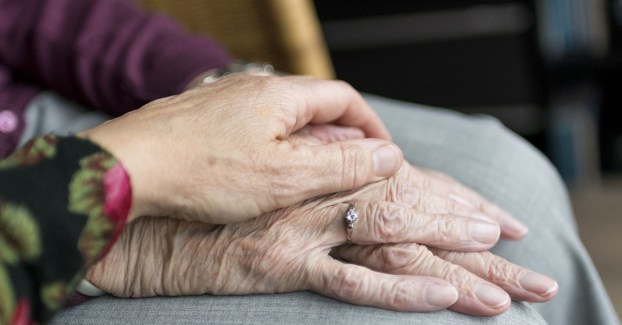 For people serving as caregivers to a family member with Alzheimer’s or dementia, providing the necessary care and attention is a challenge that can tax the spirit and the body as the disease progresses.

According to the Alzheimer’s Association, more than 6 million people in the U.S. are living with Alzheimer’s or dementia and more than 11 million people provide unpaid care for loved ones who have the disease. Some of those caregivers live in Warren County, and they have somewhere to go for support and information.

Memory Caregivers Support Group, a ministry of Crawford Street United Methodist Church, provides emotional, educational and social support for caregivers of those with dementia, said Lee Ann Whitley, coordinator of Missions/JOY Ministry at the church. The group meets at the church on the first Monday of the month at 6 p.m.

“We have some type of speaker each month,” said. “This past month, we had an elder care attorney. We’ve had somebody from Medicaid, we’ve had a psychiatrist, somebody from Grace Christian Counseling. We’ve had people who work in the home health field.

“I’m always looking for someone who is relatable to our caregivers,” she said.

The program, she said, started at Crawford Street UMC.

“We just saw that there was such a need in this community,” Whitley said. “We saw there was a need in our church first. People who were caregivers for someone with either Alzheimer’s or dementia really had nowhere to go for answers.

“We just saw this as a need and a wonderful outreach ministry of our church and Phyllis Cowart, Lorraine Copland and I started it, and Walter Frazier has been huge in helping us.”

She said Frazier, the director of Grace Christian Counseling, was instrumental in helping plan and develop the program.

The program, she said, “Was brought to me as ‘How can we start this?’ and I said, ‘We can start it. I have no clue how to start a program like this, but I know who does.’ So I went and sat down with Walter and talked to him. He came to our planning meetings as we got started. We’ve had several of his counselors speak at our meetings.”

Whitley said she and others began collecting books and other available information they could find on supporting memory caregivers.

“We send out the information (on the support group) to our church,” she said.  “We send it to the newspaper and information is spread by word of mouth. This is probably the fourth year we’ve had this program going.”

The response to the support group has been very good, she said.

“It was really good before the pandemic,” Whitely said. She said attendance dropped during the pandemic after the meetings were carried over Zoom because getting set up to watch something through Zoom can be difficult for some people to do.

“We still have a good core group,” she said. Whitley also said the group has been meeting in person for the past two or three months and still offers Zoom as an option because she learned the group can get speakers who are not from Vicksburg to address the group through Zoom.

“We have people join us on Zoom and then we have some join us at the church; it’s a hybrid thing,” Whitley said.

She said one thing the group does besides host speakers is provide time for the members to talk about their situations.

“We always give time for that; a lot of time,” she said. “Sometimes someone who is one or two steps ahead of others in the (patient’s) progression (of the disease) will make suggestions.

“That helps, too; it’s a real safe space for those caregivers.”

Whitley said information about the group has spread through people who attended the group meetings and told other people they knew who were going through the same thing.

The group meets on the first Monday of the month from 6 to 7 p.m.

“We are committed to holding our programs to an hour because we know when someone comes to the church sometimes that’s for how long they can a sitter or that’s as long as they can leave the person they care for,” Whitley said.

For more information on Memory Caregivers, contact Whitley by email at lawhitley@aol.com.

Whether it’s a small clutch or a handbag large enough to carry the kitchen sink, purses have a purpose.  Some... read more