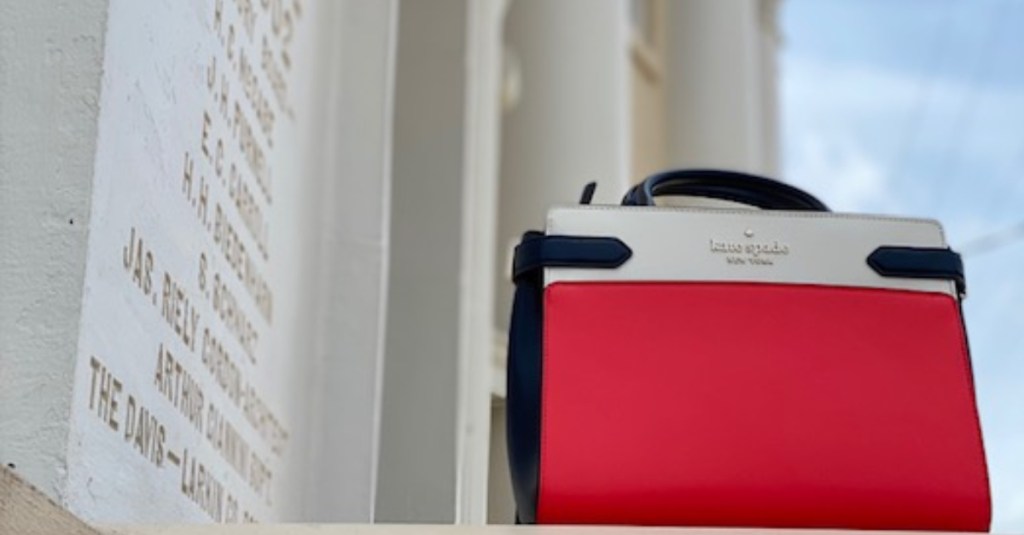 This Kate Spade handbag is one of many that will be auctioned off at the United Way Power of the Purse event. (Photo submitted)

Whether it’s a small clutch or a handbag large enough to carry the kitchen sink, purses have a purpose.

Some are used as an accessory for an outfit and others are designed to hold a woman’s essentials.

A purse can say a lot about one’s personality and the function for which it is needed. Therefore, finding the one that is just the right fit can oftentimes be a challenge, and in some cases, it can take hours, days or even months to locate.

For those in the market for a purse or folks who just want to make a difference, the United Way of West Central Mississippi will be auctioning off 21 purses during its Power of the Purse fundraiser.

“This event is new this year,” United Way director of marketing and resource development Alesia Shaw said. “But is one we hope to continue for years to come.”

The online auction will kick off at 5 p.m. Thursday, June 17, and will end at 5 p.m. Sunday, June 20. Proceeds from the event will benefit the United Way.

The Power of the Purse fundraiser will also include a “Sip and See,” where interested buyers can come and get a close-up view of the purse, or purses, on which they would like to bid. The “Sip and See” will run from 4:30 to 6:30 p.m. June 17 at the Vicksburg Auditorium, 901 Monroe St. Admission is $5, and will include light refreshments.

All of the purses to be auctioned off have been donated by “generous” sponsors, Shaw said. Donors include Casino Vicksburg; WaterView Casino & Hotel; Dr. Paul and Jill Pierce; the city of Vicksburg; Magnolia Estates-Vicksburg; The Little Car Store; Halford Insurance Agency Inc.; Lakeview and River Belles.

There are sponsors who have also donated gifts that will be used as door prizes during the “Sip and See.”

“We have some really nice door prizes,” Shaw said, adding that everyone who attends will be eligible to win.

The purses carried today have evolved over time. The first known existence of a purse dates back to more than 5,000 years ago when a bag made out of chamois hide was found lying next to Europe’s oldest natural mummy, Otzi the Iceman.

The first modern-day purse was made as a result of H.J. Cave making bags for Samuel Parkinson’s wife in the 1800s.

Parkinson had commissioned Cave to make traveling cases and trunks for his railway travels. He also wanted him to make bags in a variety of sizes for his wife to carry in lieu of her tiny purse. Different sizes were made so, depending on the occasion, she could carry more of her belongings if desired.

By the 1930s, companies like Chanel and Louis Vuitton had begun making a name for themselves by marketing high-end purses, which has continued today.