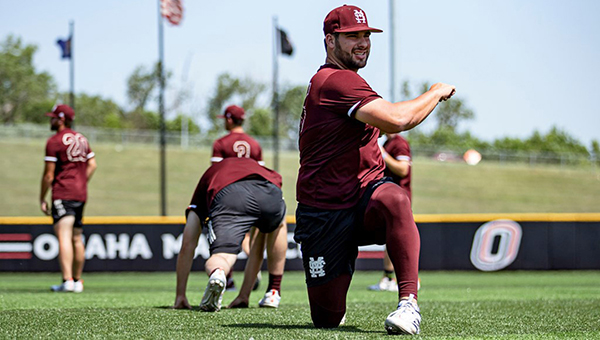 Two years ago, Landon Sims’ parents offered to take a family trip to the College World Series. Then a high school pitcher in Georgia who had signed with Mississippi State, he told them to save their money.

“Two years ago, when Mississippi State beat Stanford to go to Omaha my parents asked me if I wanted to go to Omaha. I told them let’s save the money because I have a feeling that we may take a trip or two to Omaha while I am here,” Sims said.

Sims’ instincts were right on the money. He, his parents and his Mississippi State teammates are indeed heading to Omaha, Nebraska and the College World Series for the third season in a row. It’s the longest active streak in college baseball, and Sims said getting this deep in the postseason is not so much a thrill as an expectation in Starkville now.

Mississippi State is making its 12th appearance in the College World Series, which is tied with Clemson and Florida for 11th most all-time. The Bulldogs (45-16) will face the team at the top of the list — No. 2 national seed Texas (47-15) in their Omaha opener Sunday at 6 p.m. Texas is making its 37th appearance.

It’s the second time the teams have faced each other this season. Four months ago to the day, Mississippi State beat Texas 8-3 in the season opener in Arlington, Texas.

That game left an impression on Texas coach David Pierce, although he said the teams have changed too much and the stakes are too high to consider it a revenge game.

“I think it’s a really well-rounded team. I think they have better team speed than most SEC teams. They also have the ability to drive the ball out of the park,” Pierce said. “We’re not playing Mississippi State in a revenge game because we were 0-3 in Arlington and they were one of the teams. That’s not what we’ve done all year. We understand they’re a good team. Our intent is to go out and totally focus on ourselves and our team and what we do well.”

Both teams have taken similar paths through the postseason. Texas went 2-2 in the Big 12 Tournament, then swept its regional and a super regional series against South Florida.

Mississippi State, meanwhile, was run-ruled in a pair of Southeastern Conference tournament games by Florida and Tennessee, then ripped off five wins in six games in the regional and super regional rounds to reach the College World Series.

“The SEC Tournament, we did face I think Florida’s number one (pitcher) and Tennessee’s number one when we were behind, so I don’t know how much that is, but I just didn’t feel like we pitched well there and it’s hard to come from behind, especially facing really good guys,” Mississippi State coach Chris Lemonis said. “We blew past it and these guys have been great in the postseason.”

With the postseason hiccups behind them, the Bulldogs can now focus on winning in Omaha. In their last two trips to the CWS they won their first game only to flame out in the later rounds. They lost two games to Oregon State in the 2018 semifinals, then two in a row after beating Auburn in the first round in 2019.

Mississippi State reached the CWS finals in 2013, but has never won a national championship. Pitcher Houston Harding, among others, thinks this could be the year to end that drought.

“I think we’ve got as good of chance as anybody. I know I’m excited and everybody’s pumped,” Harding said. “I think it’s just go out there and play the solid baseball we’ve been playing all year. I don’t think that the pressure will get to anybody. I think we’ll just come in and play relaxed, loose baseball for each other like we have all year.”

A little rain will not postpone the Star Spangled Night Run 5K, but a lot of rain and win just... read more