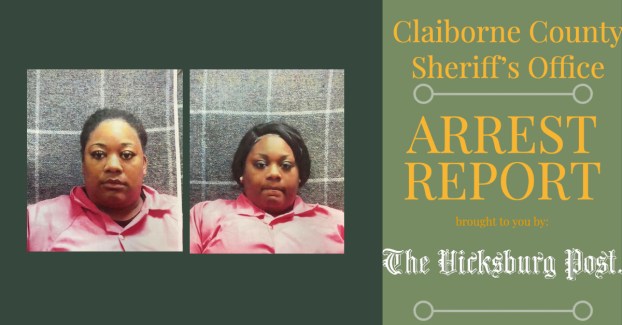 Three Hermanville residents have been charged after the stabbing death of a male juvenile.
On May 25 at approximately 6:26 p.m., the Claiborne County Sheriff’s Office received an E-911 call in reference to a stabbing. Deputies were dispatched to the Hermanville Apartments, 4032 Old Highway 18, for a reported male juvenile who was stabbed and unresponsive. The male was identified as 16-year-old D’Tavious Dorsey. According to witnesses, a 14-year-old female later identified as Twaneshia Hicks stabbed Dorsey during a fight.
Prior to first responders’ arrival, Dorsey was transported by personal vehicle to the Claiborne County Medical Center. Dorsey later died as a result of his injuries.
The altercation was said to have stemmed from a dispute between the juveniles over a basketball game, a report from CCSD. After the initial fight, Twaneshia called her aunt, Tarrinette Hicks, who in turn notified Twaneshia’s mother Twan Hicks. They arrived and accompanied Twaneshia to the location of the fight to confront Dorsey. In the process, another physical altercation ensued, and Twaneshia stabbed D’Tavious Dorsey, causing his death.
Twaneshia, Twan and Tarrinette Hicks were all interviewed and charged with the murder of D’Tavious Dorsey.
On Monday, June 14, Twaneshia Hicks appeared before in Claiborne County Justice Court and received a bond in the amount of $100,000. She was returned to the Claiborne County Detention Center.
Twan and Tarrinette Hicks’ initial appearance was Friday, and their bonds were set at $50,000 each.
In explaining the bond amounts, Claiborne County Sheriff Edward Goods said he wanted to take an opportunity to educate the public about what bond means.
“The reason the judge set the bond at $50,000 for the two adults is because they didn’t commit the murder, but they had the opportunity to stop the child and call the cops and they didn’t do it,” Goods said. “There are kids involved — one of the women has five or six kids. The bond amount doesn’t say ‘innocent or guilty’; it tells the person ‘Come back to court at this time (or you will have to pay this amount).”
This is an ongoing investigation.

Vicksburg Police Chief Milton Moore said Friday he will not be reappointed. His comments come in the wake of a... read more