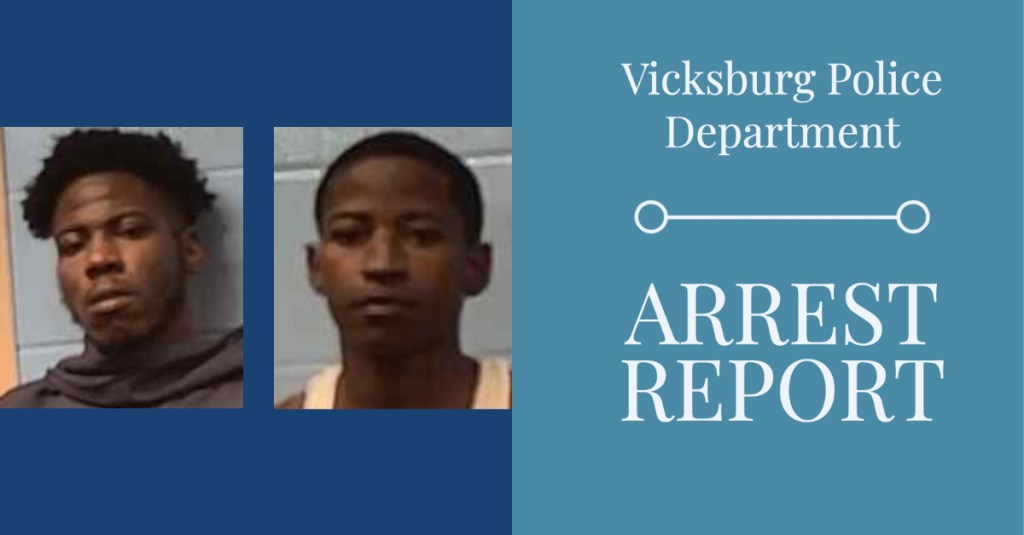 The Vicksburg Police Department announced Wednesday night that two brothers who were wanted in Louisiana for the attempted murder of a law enforcement officer had been arrested.

The brothers, Jayvonte Gill, 24, and Cazzerrick Gill, 18, were arrested without incident at 6:12 p.m. on Wednesday at an address in the 800 block of Speed Street.

The Gills were wanted on charges of attempted murder of a police officer stemming from an incident that occurred in Louisiana on Tuesday, where they shot at Ouachita Parish sheriff’s deputies during a vehicle pursuit.