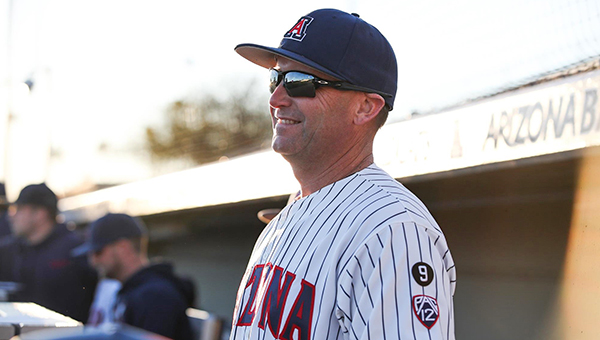 Johnson was formally named on Friday to the position held for the past 15 years by recently retired coach Paul Mainieri. He will be introduced at a press conference Monday at Alex Box Stadium.

“The interest we received from great coaches across the country was significant,” LSU Athletic Director Scott Woodward said. “Ultimately, Jay’s track record of postseason success, explosive lineups, and highly-ranked recruiting classes set him apart from the field. He’s made an immediate impact at every program he’s led, and he’s one of the most energetic, innovative, and focused coaches in America.”

The 44-year-old Johnson has spent the past six seasons at Arizona and twice coached the Wildcats to the College World Series, including this season. His 2016 team reached the championship series but lost to Coastal Carolina in three games.

This year, Johnson was the Pac-12 Coach of the Year after the Wildcats won the Pac-12 championship. They led the nation in hits and ranked first in the Pac-12 in runs, hits, doubles, triples, RBI, walks, batting average, on base percentage, slugging percentage, total bases, and extra base hits. Their season ended with losses in their first two games in Omaha.

“I am humbled and honored to be the head baseball coach at LSU and serve as the steward of the next generation of national champions,” said Johnson, who went on to thank LSU for entrusting him “to lead this storied program into its next winning chapter.”

Johnson succeeds a coach in Mainieri who guided LSU to one national title in 2009 and four other College World Series appearances. Mainieri coached in college for 39 seasons and was inducted into the American Baseball Coaches’ Association Hall of Fame in 2014. He announced his retirement before the NCAA Tournament. He then coached LSU to a super regional before the Tigers bowed out against Tennessee.