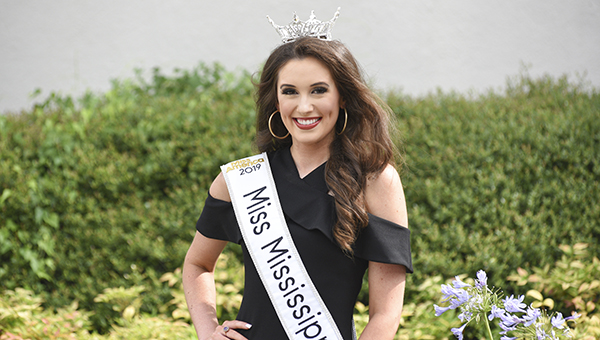 After being crowned the 2019 Miss Mississippi, Mary Margaret Hyer knew there were changes coming.

Miss America had just put in place what they called “Miss America 2.0,” which included eliminating the swimsuit phase of the competition, the evening gown phase transitioned — contestants could now wear evening attire that would “express themselves,” and the verbiage had been changed from pageant to competition and contestants to candidates.

While prepared and “honored” to be the first Miss Mississippi to compete in this new format, Hyer said, in an interview following her crowning, little did she know, more consequential changes were to follow.

In May 2020, the Miss America organization canceled its annual competition due to the COVID-19 pandemic, and Mississippi followed suit.

As the state titleholder, Hyer was a few months shy of reaching the end of her reign. The Miss Mississippi Corporation Board realized this and as a result, made the decision to do something that had never been done before. They asked Hyer if she would serve a second year.

To celebrate Hyer agreeing to serve a second year as Miss Mississippi, she said the board held an event in her honor.

“The Miss Mississippi Corporation felt it was important to commemorate that night and all be together like we would have been if we had had a normal competition and a Miss Mississippi 2020 would have been crowned,” Hyer said. “I believe that of all the 51 state titleholders, I was the only one whose board planned a special night for me to enter my second term. That meant so much to me, that they love me so much as their titleholder.”

While the last few months of Hyer’s 2019 and her 2020 reign were unlike those serving in the past, “not the full-time glamourous Miss Mississippi experience,” it did not preclude her from fulfilling her obligations as the Miss Mississippi titleholder.

“We just had to figure out what a COVID Queen looked like, and I had to adapt,” she said.

Hyer began doing zoom appearances, phone and Facetime interviews, and “a lot” of recorded messages, where she said she still spoke to groups about her Social Impact Initiative — organ and tissue donation.

She worked “extensively and often” with the Mississippi Organ Recovery Agency and participated in recognizing hospitals and their community partners that had done outstanding work for the donate life mission during the Sparrow Awards, virtually.

“We kept up the good work, but had to get a little creative,” Hyer said.

As with all reigning state titleholders, Hyer said, one of the biggest highlights as Miss Mississippi was competing at Miss America.

“It was an absolute dream,” Hyer said. “Of course that is one of the first things you realize in those overwhelming moments when you are crowned Miss Mississippi. You realize, ‘I’m going to Miss America.’”

In 2020, the Miss America Competition was held shortly before the Christmas holidays in Connecticut.

Previously, it was held during Labor Day weekend in Atlantic City.

With an extended year of reign, Hyer had to defer law school for three years, but said she is looking forward to entering this next phase of her life.

“It feels like the moment I have been waiting on for the last two years, where I get to celebrate accomplishing my biggest dream of my life so far and getting to pass it on to the next woman,” she said.

“Now they will finally get their time to shine.”