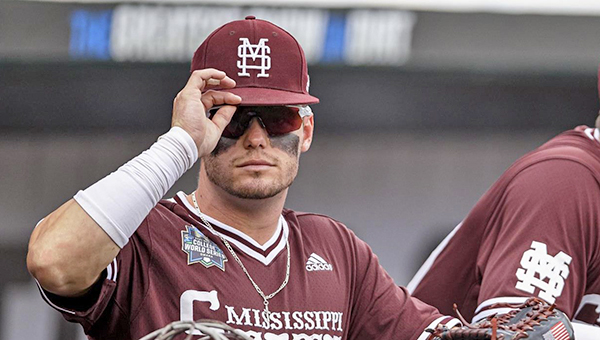 STARKVILLE — Tanner Allen was already creating quite the legend for himself in the storied history of Mississippi State’s baseball program. On Tuesday, he added another chapter.

The senior outfielder was named the American Baseball Coaches Association’s National Player of the Year, putting him on a short list of Bulldogs to receive recognition as a national player of the year from a major publication.

The national award also gives Mississippi State a national “of the year” award winner in each of the last three seasons and four of the last five. Along with Rooker in 2017, Ethan Small was national pitcher of the year. J.T. Ginn earned national freshman of the year in 2019 and Christian MacLeod in 2020.

The only Power 5 hitter to accumulate 95 hits, 60 runs scored and 60 RBIs on the season, Allen has led the Diamond Dawgs into the College World Series championship series. He has reached base safely in 62 of 65 starts this season and been on base multiple times in 44 games so far in 2021.

Allen also won the Southeastern Conference Player of the Year award. He hit .411 in SEC play to lead all hitters and he was the only SEC hitter to rank among the top 10 in average, hits, runs scored and RBIs in conference play.

His 96 hits entering Tuesday’s game against Vanderbilt are tied for No. 10 in a single season at Mississippi State.

Allen currently leads the SEC in hits (96), RBIs (66), triples (5) and batting average (.381) and sits among the top 50 nationally in eight offensive categories. He owns three reached base streaks of 15-plus games in 2021 and carried a career-long 22-game hitting streak and 27-game reached base streak during the season.

As the highlight of its summer schedule, Vicksburg High’s girls’ basketball team went on the road to Missouri and Texas... read more