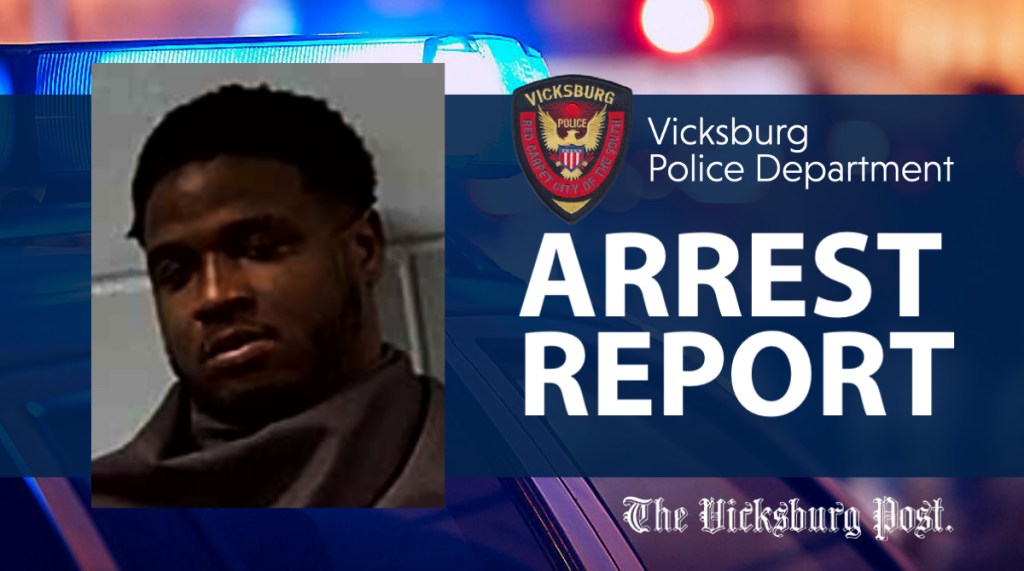 A Vicksburg man was arrested in the wee hours of the morning Monday after officers with the Vicksburg Police Department received a report of a disturbance.

At 2:42 a.m. Monday, officers responded to a residence on Lakehill Drive. The victim reported Rosman Daniels Jr., 20 of Vicksburg, became angry and fired a handgun at her. Officers noticed a bullet hole in the front door and a spent 9mm shell casing was found in the kitchen.

Daniels was arrested for aggravated assault with a firearm. In Vicksburg Municipal Court, Judge Penny Lawson set his bond at $125,000 and bound him over to the Warren County Grand Jury.