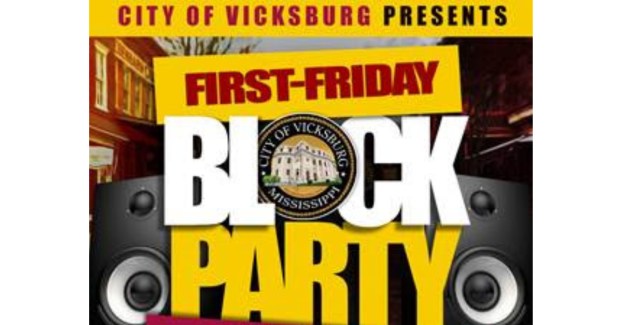 Come on downtown and get your groove on this Friday.

The city of Vicksburg is sponsoring a First Friday Block Party featuring music by deejays Chris Burks and Kenny Green.

The free musical event will run from 6 to 8 p.m. Friday at the intersection of Washington and Crawford streets.

“This whole idea in sponsoring the event is to attract people into the downtown area so they can be entertained outside while at the same time patronizing the businesses,” Mayor George Flaggs Jr. said.

The is not the First Friday Block Party to be held downtown, Flaggs said.

Last month there was a break in the schedule, but with the four-day holiday weekend, Flaggs said, he thought this would be an opportune time to crank the music back up.

In addition to providing entertainment to those coming into the downtown area, Flaggs said he is also hoping the First Friday Block Party will serve as an example of how the city is flourishing.

“There are other activities going on throughout the community including at the Sports Force Complex,” Flaggs said.

Currently, softball and baseball tournaments are scheduled throughout the summer months, and on Sunday, Vicksburg will hold its annual Fireworks Extravaganza.

Flaggs said the First Friday Block Party event will continue through the summer months if it continues to be a productive activity for folks to enjoy.

A 6-year-old child who fell asleep on the way to summer programs at Sherman Avenue Elementary School woke up Wednesday... read more