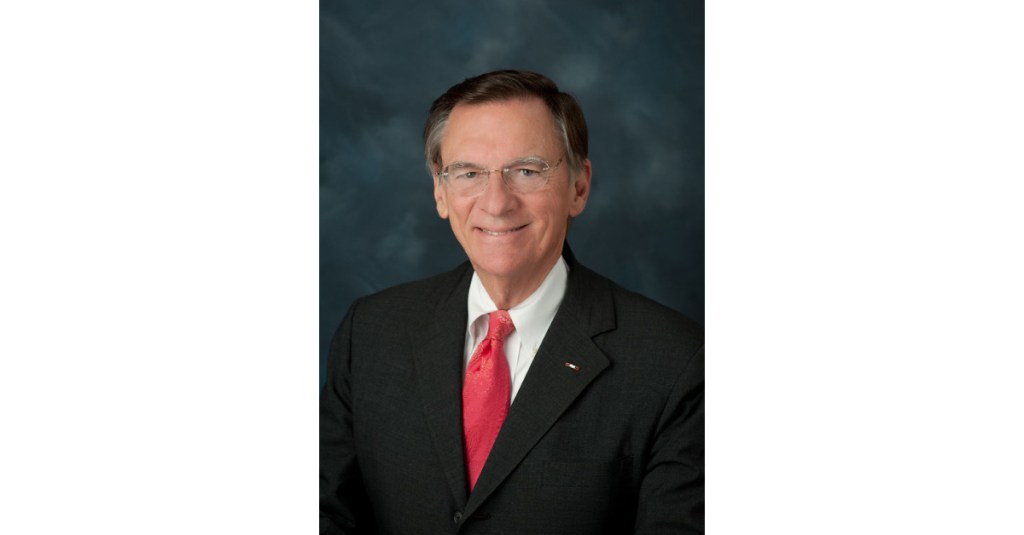 Lee Davis Thames, a prominent attorney and brigadier general renowned for his silver-tongued courtroom abilities, died on Tuesday at his home in Vicksburg. He was 84.

The cause was complications due to pancreatic cancer, his family said.

As the son and grandson of attorneys, Thames knew early on that he wanted to practice law — and he did for 54 years. His career was filled with more than 200 cases, some reaching as high as the United States Supreme Court. Best Lawyers in America recognized him in its annual list for 31 consecutive years, beginning with the publication’s first edition and ending with his retirement.

During that time, Thames earned great national and international acclaim representing chemical and pharmaceutical companies in cases that took him as far as Europe and the Middle East. A case that he tried in West Virginia was recognized as one of the Top Ten Defense Verdicts in the United States by The National Law Journal in 1999.

His career, though, had humble and close-to-home beginnings.

Thames was born on July 24, 1936, in Vicksburg, to Chancellor James and Susan Davis Thames. He spent much of his youth in local courtrooms, attending often contentious trials with his father and grandfather. This exposure informed his time as a student at the University of Mississippi, where he developed an early reputation for his strong opinions. He served as the editor of the University’s annual for two years and used that position to express then-radical attitudes regarding race.

By the time Thames earned his Bachelor of Laws degree in 1960, he was first in his class. He received his Juris Doctor in 1966 and years later would be inducted into the University of Mississippi Law Alumni Hall of Fame.

In 1980, Thames left his private practice to join Butler, Snow, O’Mara, Stevens & Cannada, a then-small firm consisting of only 22 attorneys. It went on to become the largest law firm in the state. Thames quickly made partner. In 2013, the Mississippi Defense Lawyers Association bestowed him the Lifetime Achievement Award.

“Lee Davis was not only a great lawyer and litigator, he was also a consummate professional. His law practice was conducted by a strict code of civility and honesty. He and the example he set for other lawyers will be sorely missed,” said John Corlew, a prominent Mississippi attorney and former state senator.

Thames’ life in law was marked largely by his discipline, which he attributed to his perhaps equally distinguished military career.

Thames served 32 years in the active and reserve service with the United States Army, earning the Distinguished Service Medal, which is the highest non-combat medal awarded in the Army. Thames also garnered the Distinguished Member 502nd Infantry Regiment recognition and was the first reservist selected for the NATO Senior Staff Officer’s course and Air Assault and Special Warfare courses. He eventually achieved the rank of Brigadier General.

A lifelong Episcopalian, Thames was extremely active in his church on both a local and national level. In 1984, he earned a Theology Certificate from the University of the South in Sewanee, Tenn. and was also a Visiting Scholar at the Episcopal Divinity School in Cambridge, Mass. He served as chair on several committees within the Diocese of Mississippi, including the Committee on Peace and Justice and the Search and Nominating Committee for the selection of the tenth Bishop of Mississippi. He also served seven times as a Deputy to the National Convention and was legal counsel to the House of Bishop’s Disciplinary Tribunal.

The Right Reverend Don E. Johnson, retired Bishop of the Episcopal Diocese of West Tennessee, wrote in a statement:

“Lee Davis fought the good fight for inclusion, education, human rights, justice and for the institutional integrity of the Church itself. At times his defense of others seemed to go against cultural norms, but his commitment to stand up for those who were not being heard, seen or respected was clear. He seldom retreated in defense of any cause he felt to be worthy. In this, his Christian witness made him a man of faithfulness and integrity.”

It was with the same faithfulness and integrity that Thames fought his illness during the last year and a half of his life. When he was diagnosed with pancreatic cancer in the fall of 2019, doctors told him that he had three to six months to live.

“My main goal,” Thames said, “is to stay alive long enough to vote Trump out of office.”

The doctors laughed, but Thames did — exceeding all of their expectations and fulfilling his politically motivated and only slightly facetious last wish. He fought also to stay alive for the woman he called “sweetheart,” Jane Andrews Thames, his wife of more than 50 years.

Thames is survived by her and his children, Kendall Spencer, Hampton Thames, Amzi Thames, Mary Louise McGuire, Marshall Thames, Holley Lutz, and Lee Thames; his 16 grandchildren; and one great-granddaughter. His son, Fletcher Thames, died in infancy.

“Some would say that I could’ve done more,” Thames said during a presentation that he gave to the International Association of Defense Counsel in 2016. “Others would say I should’ve done more… I’m not special.”

Many, however, may have reason to disagree.

Visitation begins at 9 a.m. on Tuesday, July 6 in the parish hall at The Church of the Holy Trinity, 900 South St. in Vicksburg, Miss. The requiem Eucharist begins at 11 a.m., followed by a graveside burial at Cedar Hill Cemetery.

In lieu of flowers, the family asks that donations be made to the Campaign to Restore and Preserve the Memorial Windows at The Church of the Holy Trinity. Checks may be mailed to 900 South St., Vicksburg, Miss 39180. Donations may also be made securely online at www.churchoftheholytrinity.org.