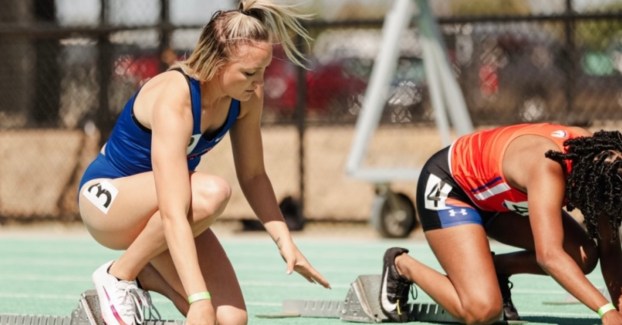 MARS: My time as property of the NCAA

Just two months ago, I stepped away from the title of “Division One Athlete” as my time in college came to an end. This week it was announced that college athletes may now be compensated for their name, image and likeness — a great step for so many athletes.

As I think about the way this rule affected me and my teammates throughout our time as student-athletes within the NCAA, one thing stands out. No other rule made me feel so much like property as this one.

The first shock came during my first week at school when I posted an Instagram story of me wearing a friend’s t-shirt brand for which I had been an ambassador. I offered a small discount that used my name: “OLIVIA3.” My teammate and friend quickly informed me, “Take that down before anyone sees it!” I had used my name, image and likeness to promote something I believed in and cared about, and that was not allowed.

Nearing the end of our careers as student-athletes, my best friend arrived at practice one day to tell me that while driving on the interstate that day, she saw a billboard — and that billboard had her face on it. She continued to say how cool it was, but crazy that she didn’t know the athletics department was using her face. They didn’t need her permission. They owned the right to her. One that she didn’t own herself.

While these are just a few instances, I have countless examples of the limitations that either I or my fellow athletes have experienced from this rule. So many rules that the NCAA has for its athletes make you feel like you don’t have much control, but having one less — the most frustrating one to me — is a big win.

While I don’t think this new rule is going to suddenly create endless sponsorships for all athletes, I do think it is a huge step — for every college athlete, regardless of high performance or not. It is monumental because we get our freedom back.

The freedom to use my name on a blog idea that could generate money. The freedom to post a picture of myself promoting something I care about. The freedom to not be forced to have my employer fill out tons of paperwork stating they aren’t hiring me because of who I am as an athlete.

This rule to use my name, image and likeness wouldn’t have brought in loads of money for me during my time as a college athlete, but something bigger. This rule would give me the right to who I am to use that how I want. And that I think is a big deal.

Olivia Mars is The Post’s summer intern in partnership with the Mississippi Press Association. She is a graduate of Southern Methodist University, and a former NCAA track and field athlete.

SURRATT: Take advantage of local events to celebrate the Fourth

If you’re counting the days, I guess you could say we’ve almost reached the midway point of summer. Of course,... read more