OUTLOOK: 10 years of “From the Kitchen of the Cypress House” cookbook 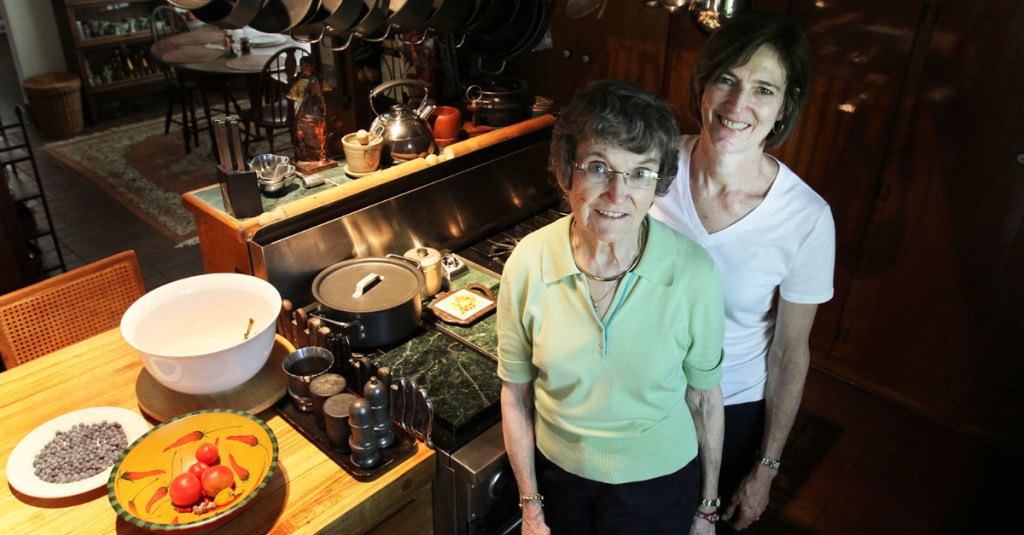 For years, readers looked forward to the Wednesday edition of the Vicksburg Evening Post, which later became The Vicksburg Post.

The late Laurin Stamm wrote a weekly food column where she not only shared her recipes with readers, but also highlighted local events, people and the diverse cultures that make up the community.

Through her years as food editor at the newspaper, hundreds of recipes were published in Stamm’s column, which was titled “From the Kitchen Of The Cypress House.”

Stamm retired in 2010 after more than 50 years at The Post. However, this did not stymie her love of food.

The following year, she dedicated her life to a goal that had been spurred on by many. Stamm compiled recipes she had served at home, recipes friends had shared with her, those she had tried and recipes she had created — all of which had been printed in The Post — into a cookbook.

This week marks the 10th anniversary of the publication of the “From the Kitchen Of The Cypress House” cookbook.

“When my mom retired, she had been diagnosed with Parkinson’s Disease. She had no tremors or outward signs of the disease. But Mom knew what the future held,” Stamm’s oldest daughter Story Ebersole said. “She retired in December of 2010 and beginning January 2011 she dedicated every minute of every day to her cookbook. She learned about spreadsheets and scanning and converting documents. She worked hard to make sure her goal of a cookbook was achieved.”

Ebersole was instrumental in helping her mother with the cookbook, and who better to assist than a daughter, who like her mother, loved cooking. Ebersole started a business called Storycook Favorites, and she became the exclusive caterer for the B’nai B’rith Literary Club before retiring.

Ebersole said her dad, Jack, also helped with the cookbook.

“My dad knew how important the book was to her, so he really helped. Not with the book — but he would bring her lunch at her computer. He would run to the store if she needed one or two things for dinner. And he never complained about her long hours of work,” Ebersole said.

Stamm was the mother of five children, all of whom knew their mother’s career was one the community revered.

“We were all used to the phone calls asking for a recipe, or the holiday call with a turkey crisis,” she said. “We knew that if we went to the store with mom, someone would stop and ask for a recipe or help. It is funny; I think we grew up with her as Vicksburg’s first foodie (a name Ebersole didn’t think her mother would have liked to have been called), and so we just thought it normal that she got crazy questions and calls.”

In addition to the recipes printed in the newspaper, photographs reflective of Stamm’s food column were published.

“Mom was her own photographer almost her entire career (until The Post went digital). She actually took, developed and printed her pictures for the longest time,” Ebersole said, adding that the pictures in the cookbook came from the columns she did beginning in the early 60s and the section dividers are some of her favorite front-page stories that appeared in the food section.

Ebersole said some of her mother’s favorite recipes included the Plantation Chicken Recipe.

“Mainly because it is delicious. But she loved that it was Southern and originally was made at the Old Southern Tea Room,” she said.

Another favorite of Stamm’s, Ebersole said, was the Lemon Icebox Pie recipe.

“This was a recipe that came from her mother’s recipe file box. My mother’s mother died young. My mother was just 20. So, I think that it was a sentimental favorite. But again, it is yummy — and so simple.”

Stamm died in 2016, but her legacy will forever live on through the impact she left behind in the Vicksburg community and a treasured cookbook to enjoy for generations to come.

If you have a food processor, make crumbs with a steel blade, and mix the crumbs with sugar and butter. If not, roll graham crackers between waxed paper and blend crumbs, butter and sugar with a fork. Pour into a 9-inch pie plate. Set an 8-inch plate on top of crumbs and press firmly on the bottom and sides of the 9-inch plate. Remove the 8-inch plate, and bake in a 375-degree oven for 8 to 10 minutes. Cool.

Combine juice and grated rind. Gradually stir in condensed milk. Add egg yolks, and stir until well blended. Pour into a cooled crumb crust. Beat egg white until almost stiff. Add sugar gradually, beating until stiff, but not dry. Pile the topping lightly on the filling, and bake in a 325-degree oven for 15 minutes, or until the meringue is lightly browned. Cool and refrigerate before serving.

Salt and pepper to taste

In a large skillet, melt the 2 tablespoons of butter or oleo. Add Garlic, onions, celery and parsley and cook until clear, but not brown. Add spinach, cover and simmer for about 10 minutes. Add breadcrumbs and salt and pepper to taste. Spread mixture on the bottom of a buttered glass casserole. Lay the uncooked shrimp over the spinach mixture. Melt the 4 tablespoon butter and blend in the flour. Slowly add half and half and milk. Cook until thick, stirring constantly. (This can be done easily in the microwave.) Stir in the cheese and sherry and season with white and red peppers and salt, if necessary. Pour the cream sauce over the shrimp and sprinkle with buttered breadcrumbs. Bake at 350 degrees for 30 to 45 minutes or until bubbly.