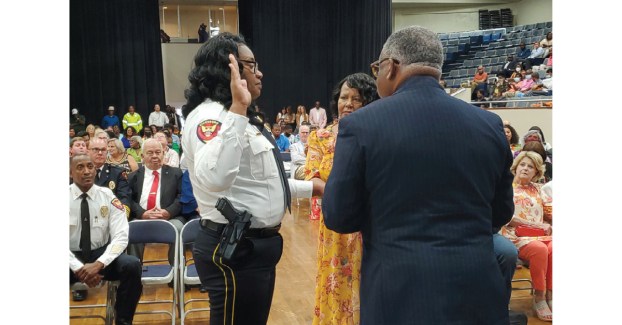 The Vicksburg Board of Mayor and Aldermen kicked off their new term Tuesday approving a sweeping resolution appointing 22 city department heads and consolidating two city departments.

Under the resolution, the city’s Action Line is moved to Mayor George Flaggs Jr.’s office with a part-time employee handling the Action Line, and an office of constituent complaints representative is established in the mayor’s office. The representative, who has not been hired, will be a full-time employee.

“Basically, we want to direct all the calls to the mayor’s office and then I can distribute the calls based on need,” Flaggs said. “I can send every call into the proper department so they can get it done. We think we can expedite the time and it will bring about more accountability.”

“We want to be consistent in the judges’ rulings,” Flaggs said.

In some cases, department heads were reappointed to their positions. All appointments are subject to an evaluation in six months, Flaggs said.

Vicksburg was abuzz this weekend as people young and old gathered to celebrate the Fourth of July. Events and demonstrations... read more