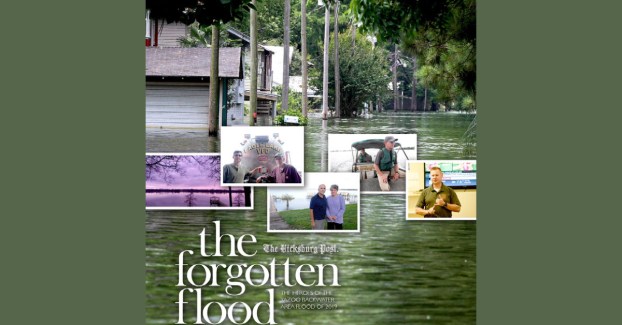 The Vicksburg Post and Vicksburg Living received 25 awards — including seven first-place winners — in more than a dozen categories in the Mississippi Press Association’s 2020 Better Newspaper Contest, announced at the organization’s summer convention over the weekend.

Vicksburg Living magazine was named the state’s top periodical and its editor, Terri Cowart Frazier, won two awards herself for her work with The Vicksburg Post’s daily edition. Frazier won second place in the Feature Story category and third in the Spot News Photograph category.

The newspaper placed third in the General Excellence category, as well as Website and Sports Page or Section.

First place in the Special Section was awarded to The Post for its edition of “Profile.” That special edition told the stories of those affected by the Yazoo Backwater Flood of 2019.

“Wonderful special section with a nice place of photos, graphics and story,” the judges said of the 2020 edition of Profile. “Great focus on a historic local event with lots of angles.”

The Vicksburg Post’s sports editor, Ernest Bowker, won a host of awards. He received first place awards in the categories of Game Story and Sports Feature for stories, respectively, on the final games of the 2020 high school softball season that was shortened by the COVID-19 pandemic and dirt bike racing brothers Rudy and Garrett Reeves.

Bowker also took second place in those categories, as well as third place in the Sports News Story category.

“Reading this piece made me want to schedule an adventure trip with Mack Varner,” the judges said of Bowker’s story. “Good descriptive writing and strong presentation.”

Former Post photographer Courtland Wells received numerous awards for his work. In the categories of General News Photograph, Wells took first place. He swept the podium in the Sports Feature Photograph category with first, second and third. Judges said his first-place sports photograph of two boxers praying together in the ring following their match truly “captured the moment.”

Current managing editor Anna Guizerix received a first-place award for a series of editorials written during her time working at the Oxford Eagle.

Parker named to RiverHills Bank Board of Directors

Robert D. Gage, IV, CEO of RiverHills Bank, announced this week that Elvin M. Parker has joined the Board of... read more