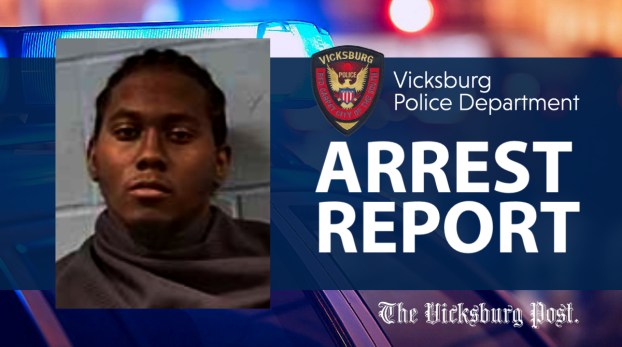 A Vicksburg man was taken into custody by police on Thursday on charges of passing a bad check.

Michael Jenkins, 22, of Vicksburg, was arrested by Vicksburg Police Department investigators and charged with Felony Bad Check stemming from an incident that occurred at Doc’s Wholesale in March. Police did not release further details about the incident.

Jenkins appeared before Judge Penny Lawson in Vicksburg Municipal Court on Friday. He was bound over to the Warren County Grand Jury on a $2,500 bond.

Shots fired into home in Kings

Vicksburg police are investigating after shots were fired into a home in the Kings community late Thursday night. At 11:21... read more