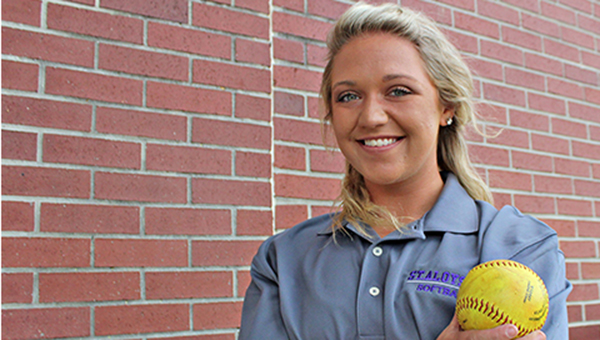 St. Aloysius softball head coach Savannah Buck is out of the hospital and at home recovering after she was hit in the face with a line drive on Friday.

In a series of Facebook posts, Buck’s mother Jennifer Buck said Savannah was giving a private lesson when the ball hit her in the mouth. Buck suffered cuts and had several teeth broken. Her maxilla bone, or top part of the jaw, was also broken, and she was transported by ambulance to University of Mississippi Medical Center in Jackson.

Buck underwent surgery after midnight Friday to wire her jaw shut and repair the damage to her mouth and teeth. She was released from the hospital Saturday morning.

“She will have to keep all that wired and the splint for at least six weeks and can’t eat anything solid for six weeks. Her face is really swollen but it could have been a lot worse. She is in quite a bit of pain but in good spirits with it,” Buck’s mother wrote on Savannah’s Facebook account.

In a subsequent post, Buck wrote herself that while she has canceled her schedule of private lessons for Sunday, she expects to be back with her St. Aloysius team by the end of the week.

The Mid-South Association of Independent Schools, of which St. Al is a member, plays its season during the fall semester and its first games are in late July.

In replying to an offer of assistance from Warren Central coach Dana McGivney, Buck replied, “Thank goodness we have been really preparing well and have about everything under control. I should be back on the field end of week with them. Not very pretty looking of course and won’t be able to yell at them but thank goodness for a group of really great girls and parents!”

Several members of the YMCA Cannonballs flipped over on their back and pushed off from the pool wall, gracefully gliding... read more