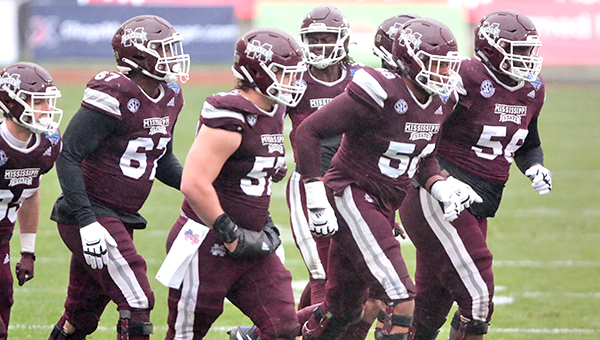 One of the major stories in college sports this summer has been the NCAA’s loosening of rules to allow athletes to cash in on their NIL — name, image and likeness — rights.

There was plenty of hyperbole about how it would be the death of college athletics. How it would turn amateur sports into quasi-professional ones, where players are swayed or outright paid to go to certain schools by lucrative endorsement deals.

A few weeks into the process, it’s already becoming apparent some of those fears might be overblown. Red tape, government and logistics might serve as a check on rampant commercialism. Players are free to cash in, but still must follow the law and certain NCAA rules.

They need to check with their schools, for example, to ensure that any personal deals don’t clash with ones already in place at the university level, and they can’t use the university name to promote themselves.

Taxes must be paid on earnings, and schedules must still be followed. Being a college athlete is a full-time job, and squeezing in personal appearances and commercial shoots around practices and games can be tricky.

The market also dictates how much players can make. Star players, or those with already lucrative side hustles such as social media channels, might make gobs of money, but for the offensive lineman hustling for a few hundred dollars from a local burger joint the bureaucratic hassle might be more than it’s worth.

That’s not to say there isn’t value in navigating the NIL landscape. If athletes can work a few deals and make some cash on the side while their names have some brand value, more power to them. And, for those with a potential future as pro athletes, it can serve as a valuable lesson.

The list of pro athletes who have blown through millions of dollars on questionable business decisions could fill volumes. For every athlete that makes it to the end of their career financially set for life, there are at least 10 that were ripped off by unscrupulous agents and hangers-on or simply squandered their money in the short window when they were earning it.

Having college athletes exposed to marketing deals early, then, is not a bad thing. NIL deals will almost certainly give them a sense of how these things work, the do’s and don’ts of how to negotiate them, and how to spot a good opportunity from a bad one. Whether the athlete uses that in a pro sports career or not, it never hurts to develop a sense for business and its inner workings.

I’ve always thought this sort of thing could be part of a broader curriculum for college athletes. There are lots of careers in sports, from playing to coaching to media and more, and it seems like an athletics major could be crafted around them.

Athletes could take courses associated with business and marketing, public speaking and media, education and law. Throw a dozen or so together and you have a well-rounded education that prepares them well for a future in dozens of lines of work.

I’m not sure we’ll ever see it, given the uneasy relationship between athletics and education on many campuses. But, then again, we never thought we’d see a full college football playoff or the NCAA allowing its athletes to pursue side hustles, either. Maybe approving NIL deals is another step toward embracing athletics as a career unto itself rather than just a means to an end.