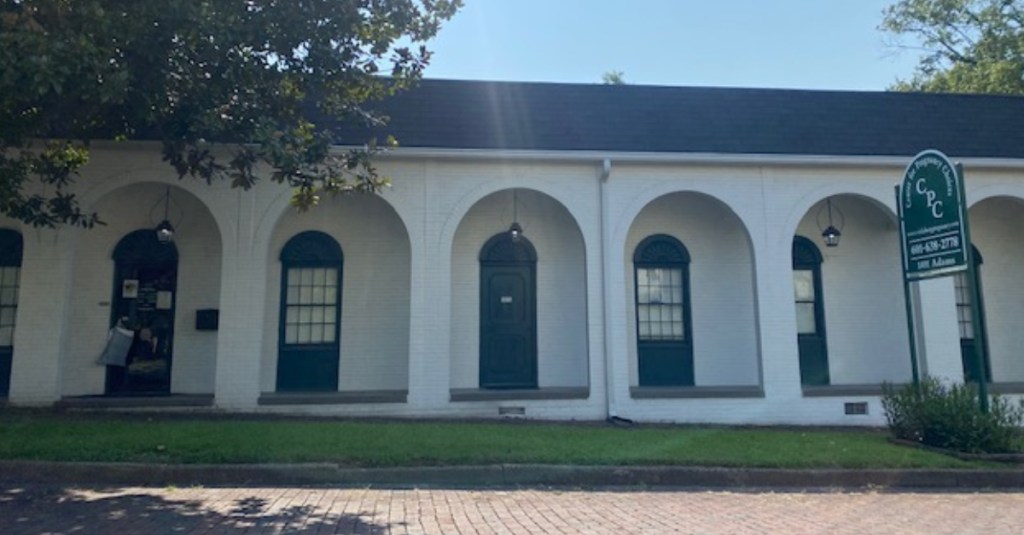 The Center for Pregnancy Choices of Vicksburg, located at 1401 Adams St., advocates for the life of unborn children and provides resources for those with unplanned pregnancies. (Photo by Olivia Mars | The Vicksburg Post)

The state of Mississippi has made a move to overturn Roe v. Wade through its case Dobbs v. Jackson Women’s Health Organization, which challenges the state’s ban on abortion after 15 weeks of pregnancy.

The Center for Pregnancy Choices of Vicksburg stated they are watching, waiting and praying for the outcome of this case.

The case was a pro-abortion challenge to the state’s law that was born out of the 2018 “Gestational Age Act.” The question to be answered through the case is if all prohibitions on abortions performed pre-viability are unconstitutional. Viability is considered 24 weeks gestation.

Depending on the conclusion of the case, in which Mississippi has asked the court to uphold the ban of abortion after 15 weeks, the Supreme Court could overturn Roe v. Wade. Part of the argument from Mississippi’s attorneys for this case is that since Roe v. Wade, contraceptives are more available and science has advanced to show an unborn child has taken on the human form and features months before 24 weeks gestation.

This will be the first case that has the opportunity to overrule Roe v. Wade since the 6-3 conservative majority was put in place with former President Donald Trump’s three nominations to the Supreme Court.

“The Center for Pregnancy Choices of Vicksburg has been standing on the front lines of fighting for the lives of unborn children for over 30 years,” The center said in a statement. “While we are grieved over the lives lost in Warren County since the fateful decision of Roe v. Wade, our day-to-day focus is that of a life-affirming organization which supports and educates women from initial discovery of pregnancy to parenting and home development.”

Shannon Bagley, Administrative Director for the Center of Pregnancy Choices, said the center is still going to be there for women with unplanned pregnancies, regardless of the outcome of the Dobbs v. Jackson Women’s Health Organization case. She said the case will not affect the services they offer and the work they do at the center.

“We walk with women as they make the journey associated with unplanned pregnancies,” the Center for Pregnancy Choices of Vicksburg stated. “We hope and pray for a day in this Nation when the voices of the unborn can be heard — a day when they are recognized legally as those created fully in the image of God.”

Although Mississippi only has one clinic in the state that performs abortions, Jackson Women’s Health Organization, many outside of the state are turning heads to the state’s case, which could very well impact the nation as a whole. The Center of Reproductive Rights issued a statement opposing Mississippi’s attempt to overturn Roe v. Wade.

“Mississippi has stunningly asked the Supreme Court to overturn Roe and every other abortion rights decision in the last five decades,” Nancy Northup, president and CEO of the Center for Reproductive Rights said. “[Last Thursday’s] brief reveals the extreme and regressive strategy, not just of this law, but of the avalanche of abortion bans and restrictions that are being passed across the country.”

Northup said that any rule in favor of Mississippi from the Supreme Court will overrule the root of Roe v. Wade — that there is a right to make a decision to terminate a pregnancy before viability.

“Their goal is for the Supreme Court to take away our right to control our own bodies and our own futures — not just in Mississippi, but everywhere,” Northup said.

She said if the current ruling falls, half the country is set up to outlaw abortion entirely.

The Supreme Court hearing is set to take place upon the beginning of its term starting in October. A decision is expected by June 2022.