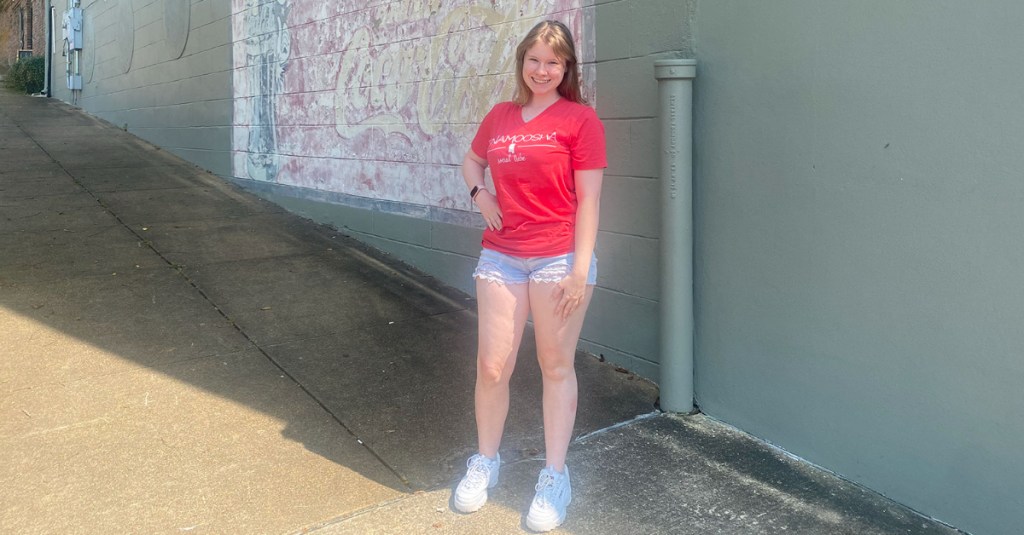 Growing up, Natalie Harris of Vicksburg fell in love with the Korean culture, language, music and films as she was surrounded by friends who introduced her to such things, and now in just a few weeks, she is headed to Korea for a year to study abroad.

It wasn’t an easy journey to make her dream of living in Korea come true. She knew she wanted to study abroad since her junior year of high school, but said she had difficulty finding a program that would allow her to do so. Alabama and Ole Miss were dead-ends. However, one school wanted Harris to come there so badly, they created a program for her.

“Mississippi College promised me they were going to send me to Korea to get my language,” Harris said. “They have a Foreign Language and International Trade Program, and the foreign language you could choose from is Japanese, Chinese, French or German, but not Korean. They said they would get me to Korea and get me all 36 (credit) hours there.”

Harris said they created the program for her and partnered with one of their sister schools in Korea so that she could attend there and study the Korean language. She will be the first from Mississippi College since its start in 1860 to study abroad in Korea for an entire year.

Once she is in Korea, she will be taking 18 credit hours per semester studying the Korean language and the culture and history of the country. She will also have a Korean “buddy” who will show her around and teach her about the culture.

“She will be helping me out with where I’m going, how to speak and all of that,” Harris said.

Harris said while she is very excited about all the things she will do in Korea, she is most looking forward to enjoying the food.

“I’m a very big foodie,” Harris said. “I’ve cooked my own Korean food. I order stuff from Korea so I can cook it at home.”

To raise money for her year in Korea, Harris and her mother decided to host a fundraiser. After speaking to people in the community about her trip, they realized there are so many more students in the community who would want to study abroad.

“We at first were going to do it just this one year, just for me,” Harris said. “My mom said we should do this not just for me, but every year for students who want to study abroad.”

Harris said it is important to her that more people get the opportunity to explore the world outside of Vicksburg. She said the fundraiser is now a certified non-profit, Warren County FunD Fest, and will allow people to help students in their community to see the world for years to come.

“They will grow as a person and they could introduce what they’ve learned over there to [Vicksburg],” Harris said.

Each year after Harris’s trip, a student from Warren County will be selected to receive the funds from the event as a scholarship to allow them to study abroad, as Harris said funds are the biggest restriction.

This year, Warren County FunD Fest is being held on Aug. 7. Events such as a corn hole tournament will take place all day at the Silver Creek Arena, 5025 Bovina Cutoff Road, starting at 10 a.m. There will also be live bands, food trucks and a silent auction. The event is free, but donations are encouraged.