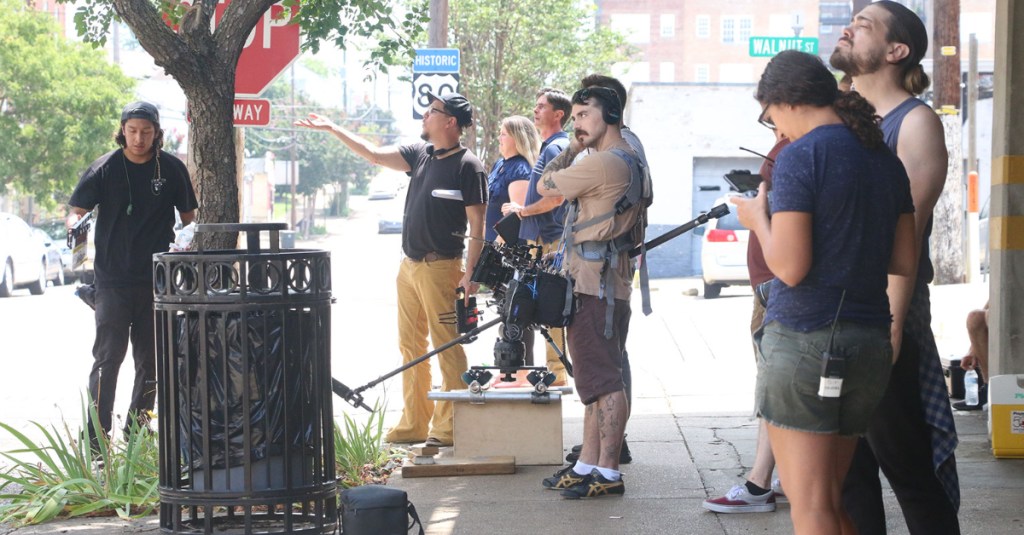 Vicksburg has served as a backdrop for several movies, most notably “O Brother, Where Art Thou?” which starred George Clooney.

This week, another movie was filmed here, but this time, picturesque scenes of the River City aren’t the only thing that will appear onscreen.

“My Stolen Life,” which will be a Lifetime movie, takes place in Vicksburg.

“This movie came up and I really wanted to make it very Southern, and I looked up prettiest places in the South and Vicksburg was listed on Google as one of the prettiest places,” film producer-director Dylan Vox said.

With a movie site determined, Vox said, he reached out to the Mississippi Film Office.

“They were incredible to work with and were so kind to us,” Vox said.

Vox, who resides in Atlanta, said he and his crew typically film in California, but since the pandemic began, the state’s restrictions have made it difficult to work.

“I’m a single father and have a four-year-old son, and I just called my crew and said, ‘We have to go to work,’” Vox said.

Since September, the film crew, which numbers around 30, has filmed six movies, two of which were also Lifetime movies.

No one on the film crew had been to Vicksburg prior to this week, Vox said, but all are enjoying the Southern hospitality.

“Everyone has been so awesome. It’s exactly what we excepted. It’s a beautiful southern town,” he said.

“My Stolen Life,” which is about twin sisters — one who is an author and the other who struggles with psychiatric issues, was not originally set in Vicksburg, Vox said, but after choosing it as the location for filming, the storyline takes place in the River City.

“This is a Vicksburg movie,” Vox said. “When we are coming to a smaller town, I want the town to get the benefit of it as well, and so, hopefully, if other people see this they are like, ‘Oh, we’ve got to film in Vicksburg.’ Vicksburg is a beautiful town, and this is our way of bringing our brand of promotion to the city,” he said.

Vox said he is very open to coming back to Vicksburg with other film projects.

“We already have two more movies we would love to bring back here. Just talking to people at different locations we didn’t end up using, we feel like we could film more movies down here,” he said.

Filming locations for “My Stolen Life” include the B.B. Club, the Southern Cultural Heritage Center, the waterfront, Anchuca and the house at 1219 Adams St., which Vox said was one of the reasons he chose to film in Vicksburg.

Locals were also used as extras for the film and Vox said, Police Chief Penny Jones, who will be in the movie, helped pull together a police chase for the movie.

Magnolia Bailey Guizerix, daughter of Vicksburg Post managing editor Anna Guizerix and Chris Guizerix, will appear in the film as one of the main characters’ daughters in a flashback scene.

Vox did not have a hard date as to when the movie will be aired but said it would probably be around the first of December.

Vicksburg’s Natalie Harris to study abroad in Korea with…