Looking Back: The Vicksburg Library 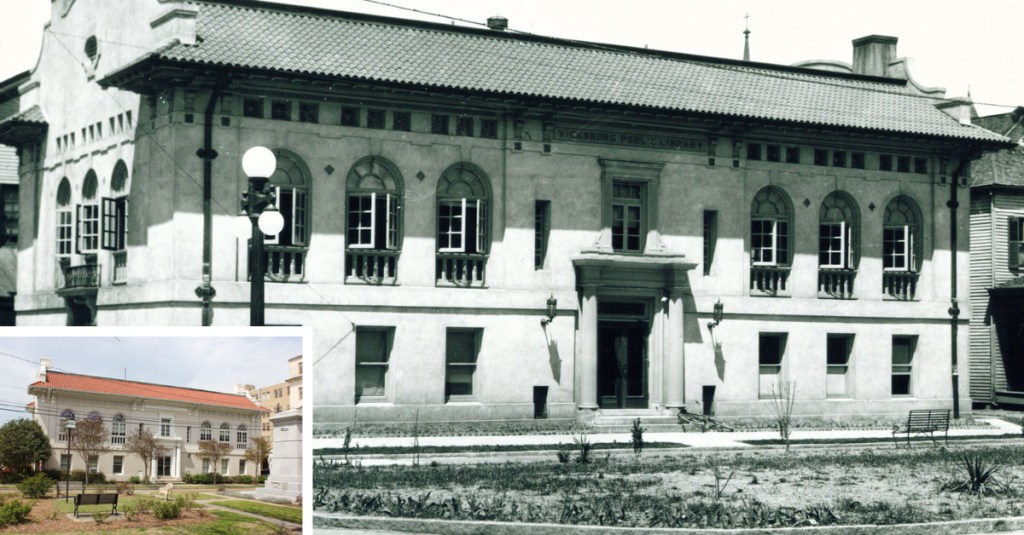 When the new Vicksburg City Hall was completed in 1903, the Vicksburg Library Association established a library of sorts on the third floor.

However, by 1910 the association realized that it needed a larger building. They contacted businessman and philanthropist Andrew Carnegie to ask if he would help the association build a new library.

The Carnegie Foundation provided funds to build 2,509 libraries between 1883 and 1929. Approximately 1,689 Carnegie libraries were built in the United States, 660 in the United Kingdom and Ireland, 125 in Canada and others in Australia, South Africa, New Zealand, Serbia, Belgium, France, the Caribbean, Mauritius, Malaysia and Fiji. Nearly all of Carnegie’s libraries were built according to “the Carnegie formula,” which required financial commitments for maintenance and operation from the town that received the donation. Carnegie required public support rather than making endowments.

Carnegie required the elected officials to demonstrate the need for a public library, provide the building site, pay staff and maintain the library, draw from public funds to run the library (not to use only private donations), annually provide 10 percent of the cost of the library’s construction to support its operation, and provide free service to all.

Vicksburg was no different, and when contacted by the association, the Carnegie Foundation agreed to build a library building if the community would provide the ground for the building and agree to support it once established. The Civic League raised $5,000 — $4,000 of which was used to purchase books and supplies. The library was designed by Edward L. Tilton, an architect from New York who had designed a number of libraries for the foundation.

The building was completed in February 1916 at a cost of $28,000 — $25,000 of which was provided by the Carnegie Foundation. This building is the only example of a commercial building of the Mediterranean style in Vicksburg.

The library remained in this building until 1979 when the new library was constructed on the corner of Veto and Walnut streets.

The Carnegie building then housed the City of Vicksburg Planning Department and currently houses the city’s inspection department.