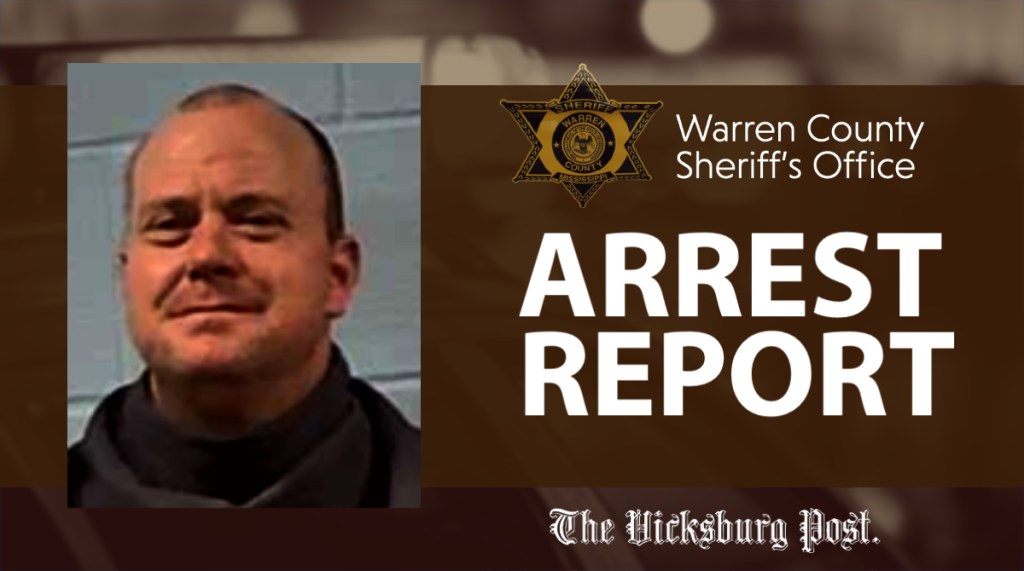 A Rolling Fork man was arrested in connection with a vehicle fire that took place at the Warren County Courthouse.

At approximately 6 p.m. on Tuesday, a Warren County Sheriff’s Office deputy drove by the courthouse and noticed a vehicle was smoking.

The vehicle, a 2003 Dodge Durango, was engulfed in flames and was a total loss. It was not a county-owned vehicle.

Fire investigator Det. Sam Winchester and State Agent Kayla Riggs conducted an investigation that led to the arrest of the owner of the vehicle, David Morgan, 40.

Morgan was out on bond following a separate arson arrest on June 14, when he allegedly set fire to a recreational vehicle at the Ameristar RV Park on Washington Street. In that case, he was arrested by the Vicksburg Police Department and charged with second-degree arson.

The investigation is continuing.

“It is unclear at this time what the actual motive was,” Pace said. “He is in jail, charged with third-degree arson.”

Morgan will have an initial court appearance Thursday afternoon, and the charges were filed by the Mississippi State Fire Marshal’s office.