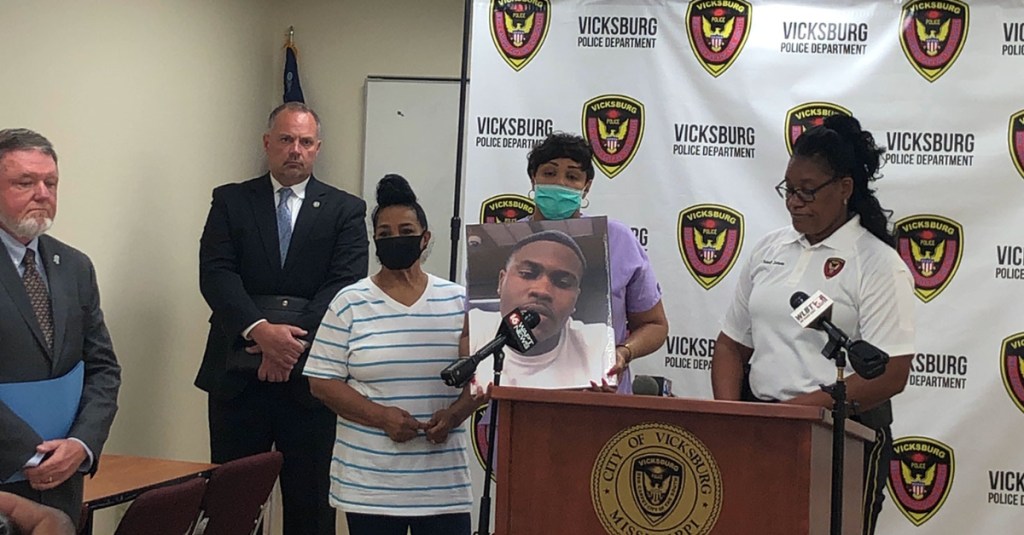 Karl Michael Singleton, 20, was killed on Oct. 19, 2020 in an apparent drive-by shooting at his residence on Enchanted Drive.

In a Friday press conference, Vicksburg Police Chief Penny Jones announced warrants had been issued for a suspect in this case after months of investigation.

“At this time, the (United States) Marshals have been given the warrants, so they are assisting us with this case at the time,” Jones said.

Jones said she could not confirm whether the incident was gang-related, but did say the suspect is presumed to be in Mississippi at this time.

Singleton’s mother, Toni Graves, was present to give remarks following Jones’ announcement. Graves said she’s never given up hope for justice in her son’s death.

“God gives you life, but it’s not your job to take it. That’s all I want, is justice for my child and anybody else’s children out there. Just come forth,” Graves said. “This is ridiculous. It’s senseless. Just put the guns down.”

Jones said the announcement was a way for the department to send a message: “We mean business.”

Witnesses at the time provided the description of a dark-colored sedan as the suspect vehicle. There was no information as to how many individuals were in the vehicle.

This investigation is ongoing.

Those who have information in reference to this case are asked to call the CrimeStoppers line at 601-355-TIPS or the Vicksburg Police Department at 601-636-2511.