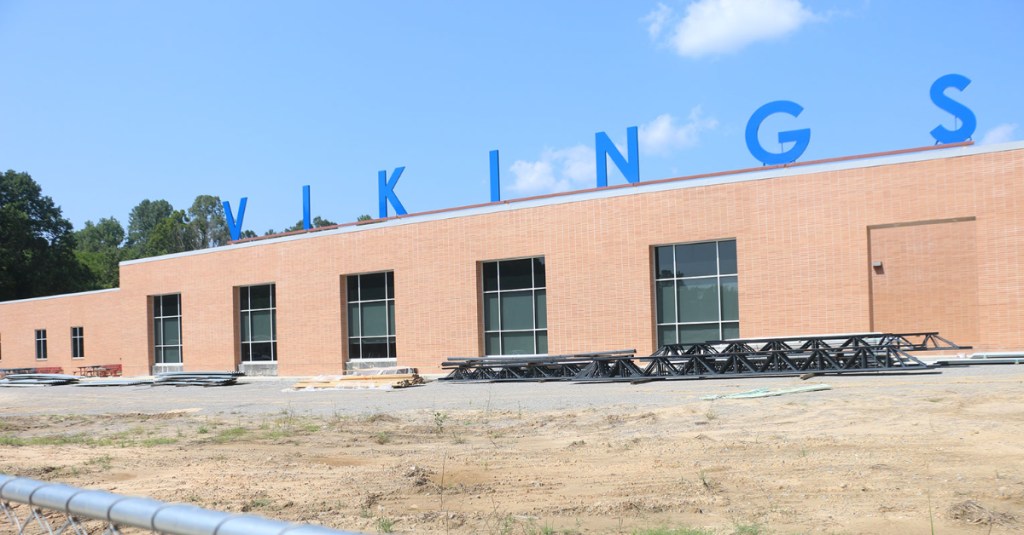 Students attending schools in the Vicksburg Warren School District walked in on Friday, the first day of the VWSD’s calendar year to fresh paint, remodels, and in the case of those attending the Academy of Innovation, a whole new building.

While there are a few punch list items left to finish at some of the schools and the completion of the cafeteria at Warren Central High School, locals can be proud of the upgrades and additions made to the community’s public schools.

“We are almost on target to have every school renovated or a new school built,” VWSD board president Jim Stirgus Jr. said.

Over the course of the renovation, weather and COVID-19 have hampered construction, but with most of the projects completed, Stirgus said, he is hopeful all will be completed by the end of the 2021-22 school year.

On March 27, 2018, an $83 million bond referendum for the VWSD passed with 68.6 percent of the vote in favor of “putting the children first,” Mayor George Flaggs Jr. said after the results were tallied following the election.

The vote marked the first time since 1966 that a bond election had been held to support the school district in Warren County.

The bond referendum was designated to fund a majority of a $131.5 million facilities plan that included major renovations and expansions at the two high schools, the construction of a new AOI and renovations at each of the district’s schools. The money would also go toward upgrading the athletic facilities, which included AstroTurf and new tracks at Viking Stadium and Memorial Stadium.

The $83 million bond is being repaid through a 7.9 mil increase on property taxes in Warren County and the remaining $48.5 million will be funded as debt from the construction of the two mega-schools — Sherman Avenue and Dana Road — which were built in 1999 rolls off the books.

“I am extremely happy for the bond money being spent because it was spent for the children, and I will ask any constituents of District One through District Five to please come by and look at what you have helped build,” Stirgus said.