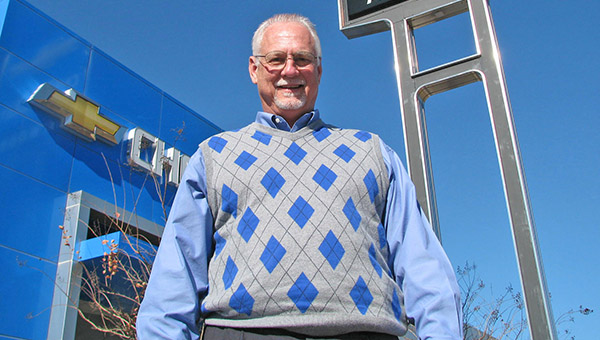 Vicksburg’s version of the Wright Brothers is flying into the Vicksburg Warren School District Athletic Hall of Fame.

Keith Wright and his brother, Lum Wright Jr., who helped launch Warren Central’s football dynasty in the early 1970s, will join five other local sports legends in the Hall of Fame’s Class of 2021.

The Class of 2021 will be honored at a ceremony during the Warren Central vs. Vicksburg football game on Sept. 3. There will not be an induction banquet because of COVID-19 concerns, VWSD athletic director Preston Nailor said.

Born in Texas, the Wright brothers came to Warren Central when their father Lum Wright Sr. took over as head football coach in 1971. They soon became two of the school’s biggest sports stars and helped launch the school’s 1970s football dynasty.

Keith Wright scored 23 rushing touchdowns for Warren Central’s 1973 Little Dixie Conference championship team, and totaled 35 touchdowns over three seasons. He also played baseball, basketball and track, and went on to play football at Memphis State and in the NFL with the Cleveland Browns.

Lum Wright Jr. was an All-Little Dixie selection in football in 1972, when he scored 14 touchdowns for the Vikings, but also excelled in baseball and track. Like his younger brother, he played football at Memphis State.

Both Wrights also had long and successful careers as coaches and administrators. Lum Jr. led Magee to an undefeated season and the MHSAA Class 3A championship in 1989, and later spent 19 years as the VWSD’s athletics director. Keith was a coach and principal in Texas after his playing days were over.

Another Viking football star from a later generation will join the Wrights in the Hall of Fame this year.

Carter was a member of Warren Central’s 1988 MHSAA Class 5A championship team, and The Vicksburg Post’s Offensive Player of the Year in 1989. He rushed for 2,199 yards and 27 touchdowns in those two seasons, and played in both the Mississippi-Alabama and Mississippi all-star games.

Carter played football at Howard University, and also went into coaching after his playing days were over. He is currently the head football and track coach at Vicksburg Junior High, and an assistant with the basketball team.

Vicksburg High’s contribution to the Class of 2021 starts in the trenches, albeit 30 years apart, with the selections of Flowers and Younger.

Younger, meanwhile, was an outstanding defensive tackle for the Gators in the early 2000s, and also excelled in powerlifting and track and field. He helped Vicksburg win the Class 5A powerlifting state championship in 2003, and won the Class 5A South State title in the shot put in 2004.

After high school, Younger played four seasons of football at Millsaps College. He helped the Majors win two conference championships, and was the SCAC Defensive Player of the Year as well as a member of the SCAC’s All-Academic team.

Younger is now a practicing attorney in Jackson.

Knox spent a total of 31 years coaching in the Vicksburg Warren School District, with the last 11 as Vicksburg High’s head coach. Knox posted a 90-53 record from 1989-2000 and is the winningest coach in school history.

Henry, meanwhile, is the lone member of the Hall of Fame’s Class of 2021 who is not primarily associated with football. Henry played one season with Vicksburg’s football team, in 2005, wisely turning his focus toward baseball.

Henry was a four-year starter for the Gators, and in 2006 was a Class 5A All-State selection as well as The Vicksburg Post’s Player of the Year. He went on to star at Ole Miss, where he was named the SEC’s Freshman of the Year in 2007 and to the All-SEC team in 2007 and 2009.

Henry still holds Ole Miss’ single-season stolen base record, with 38 in 2009, and ranks fourth on the career list with 64.

Henry was selected by the Cleveland Indians in the seventh round of the 2009 Major League Baseball draft. He played four seasons in their organization before injuries ended his career.

In addition to being one of the top baseball players in Vicksburg history, Henry was an outstanding tennis player. He made the MHSAA Class 5A All-State team three times and held the Mississippi Tennis Association’s top ranking in his youth age group in 2001.

Henry and his older brother Justin will join the Wrights as the first sibling duos in the VWSD Athletic Hall of Fame. Justin Henry, who played football, baseball and tennis at VHS before becoming a baseball star at Ole Miss, was inducted to the Hall of Fame in 2019.