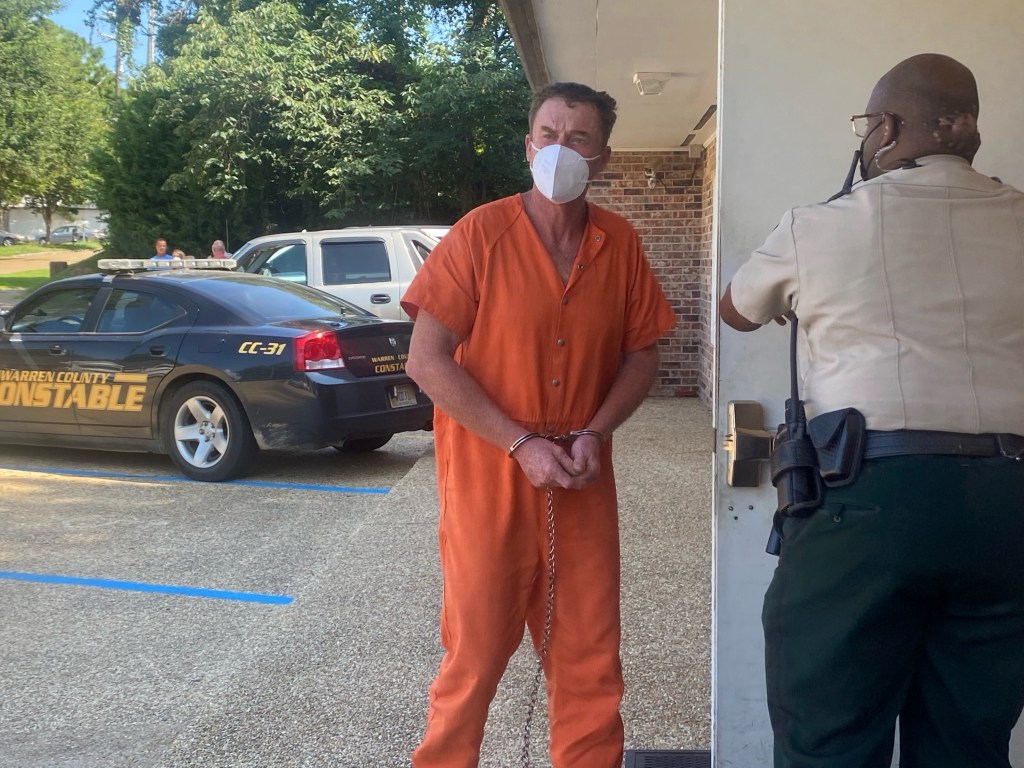 Jason Hendrix, 43, is escorted into the Warren County justice court for an initial appearance. Hendrix is accused of shooting at two teenagers, wounding one. (Photo by Olivia Mars)

Jason Hendrix, 43, was picked up on Nine Mile Cutoff Road carrying a shotgun after the shooting on Halls Ferry Road. Hendrix is facing two counts of aggravated assault with a deadly weapon, and received a $1 million dollar bond for each charge from Judge Ed Woods.

“This is still an ongoing investigation and it is likely additional charges will be filed or could be filed,” Warren County Sheriff Martin Pace said.

Pace said these additional charges, if they happen, will more than likely take place at presentation in Grand Jury.

Hendrix was arrested for allegedly shooting at two teenagers. Pace said one of the teenagers was shot multiple times, but he received information this morning that he is recovering and doing well.

“He was hit multiple times but none of [the shots] were life-threatening,” Pace said.

The second teenager was unharmed, although the car they were in was damaged by the gunfire. The shotgun that was used in the incident was recovered by the Sheriff’s Office.

“We are still not perfectly clear on what transpired leading up to the shooting,” Pace said.

This is an ongoing investigation and Pace said, at this time, he is unable to disclose any details on the events prior to the shooting as it is part of the investigation.