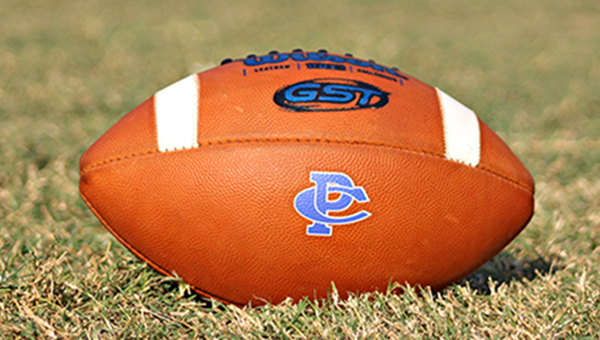 The start of the high school football season is still a week away, and Porter’s Chapel Academy is not sitting around waiting for it to arrive.

The Eagles will travel across the river to Tallulah on Friday to face Tallulah Academy and Briarfield in a preseason jamboree beginning at 6 p.m. It’s their third scrimmage in as many weeks, and will serve as the final checkpoint on the road to the 2021 season.

PCA coach Blake Purvis said the extra work was needed and beneficial as his team transitions from 11-man football to the Mid-South Association of Independent Schools’ 8-man division.

“Usually we do one, maybe two (scrimmages). Getting an extra one in this year has definitely helped,” Purvis said. “With the new scheme and stuff with moving down, we knew there were going to be things we had to try and scrap, and things we were going to have to rework. Getting an extra opportunity to see that and get it on film helps us know what we needed to change and what we can modify and move forward with.”

PCA started its preseason with a joint practice with Sharkey-Issaquena Academy on July 29. The teams did some 5-on-5 and light scrimmage work without getting too physical.

The next week took them to Prairie View Academy for a four-team controlled scrimmage with Briarfield Academy, Tallulah Academy and host Prairie View. Each team ran eight plays of offense against the other, for 48 total plays per team.

The week since then, Purvis added, has been filled with adjustments as he and his coaching staff digested what worked and what didn’t. The Eagles played two 8-man games in both 2019 and 2020, but the transition to a full season of 8-man requires a bit more work.

He noted that many of PCA’s opponents, including Briarfield and Tallulah — the two participants in last season’s Class 1A championship game — have a years-long head start and established programs in the 8-man division. PCA will play Tallulah in a district game in October.

“We made some scheme changes we needed to fix. We’re where I expected us to be. These schools have played (8-man) 10, 12 years longer than we have, and going into a preseason scrimmage with no film you’re not sure what you’re going to see,” Purvis said. “With the inexperience of our guys in 8-man, just being able to make natural adjustments that other teams are more familiar with, we saw growing pains with that. But I think we’re ahead of where we’ve been in previous years at this point in the season.”

The format for this Friday’s scrimmage was uncertain, but Purvis said the goals remained the same as the previous two — evaluate what is working and what isn’t, make any necessary adjustments, and stay healthy going into the season opener at Kemper Academy on Aug. 20.

On the last point, Purvis wasn’t worried about overworking his players before the season even begins.

“These are light scrimmages,” he said. “We played 48 plays last Friday. We’re going to do that in a typical practice. I think as far as the wear and tear we’re in good shape.”