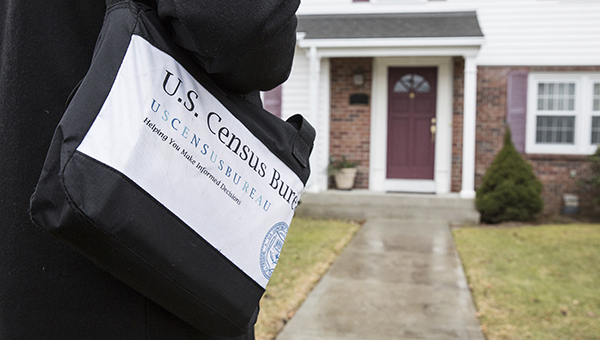 Vicksburg and Warren County both lost population in the years between 2010 and 2020, according to preliminary information on the 2020 Census report released Wednesday by the Census Bureau through its website’s “quick facts” section.

Mayor George Flaggs Jr. declined to discuss specifics, saying he wanted to wait until the numbers were certified, which he said would be available by September.

“I haven’t looked at any numbers,” he said. “I don’t want to say anything until they’re certified. I don’t know whether there’ll be an adjustment.”

Flaggs said, however, the city needs to reach 25,000 in population in order to compete for more federal grants and programs.

“That’s a whole different level when you get there,” he said.

“I would wonder about those, too,” said Warren Board of Supervisors President Dr. Jeff Holland, adding the numbers on the site were preliminary. “One wants to be careful about drawing inferences from numbers that are not yet validated.”

Board of Supervisors Vice President Shawn Jackson said the numbers “are strong indicators of where we are and it should tell us how we’ve been performing.”

“I believe the challenge is to create a real growth plan for our city and county,” Jackson said.

She recommended an inclusive team to create a strategy to realize Vicksburg’s potential. “I think we need to steady the ship,” she said. “Without inclusive economics and investing in our youth and housing, we won’t be able to make that hard pivot.”

She said the Census numbers should be a charge to look at other successful areas and develop a plan “that’s going to make the numbers reverse in the 2030 census.”

Besides the population figures, the quick facts section also showed 51.4 percent of Vicksburg’s homes are owner-occupied with an average value of $108,500. About 84.3 percent of the population age 25 and older are high school or higher graduates and the average household income is $32,072 per year, compared with the national average of $62,843 per year.

According to the Census numbers, 66.1 percent of the homes in Warren County are owner-occupied with an average value of $128,400. Approximately 87.1 percent of the residents 25 and older are high school or higher graduates and the average household income is $45,113 per year compared with the national average of $62,843 per year.